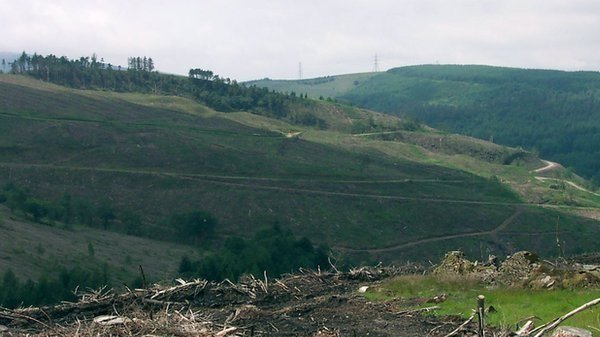 Tens of thousands of trees are being planted in a Neath Port Talbot forest to replace felled larch.

Disease-infected larch in Afan Forest are being replaced by a range of species which will be used for future timber production.

Around 1,600 acres of larch have been felled to tackle Phytophthora ramorum – a fungal disease which kills the tree.

The new trees will build a forest more resilient to the impacts of climate change and disease.

Andy Schofield, operational resources manager for Natural Resources Wales, said: “Like so many of the south Wales forests, this disease has had a significant impact on the forest resulting in the felling of thousands of infected trees.

“However, we are now implementing ambitious long-term plans for the recovery of the forest, which we believe has huge potential to improve the economic and social well-being of the area.”