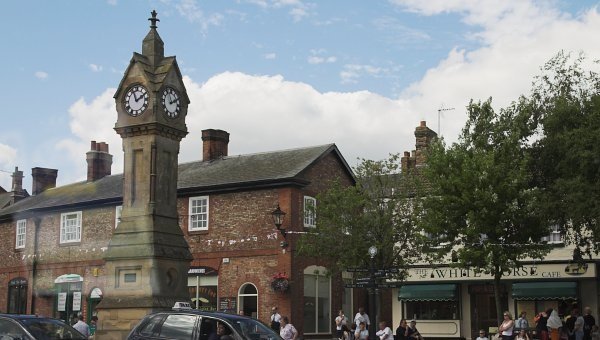 THE uproar over the removal of trees from Thirsk market place has moved to the House of Commons, where a petition will be presented on behalf of residents.

A group of residents have put together a petition urging Hambleton District Council to replace the five mature birches which were removed from Thirsk Market Place.

It declares that Hambleton District Council has “not explained in detail how it came to its decision to remove five healthy birch trees” from a conversation area and claims no public consultation was taken over their removal.

Hambleton District Council said the trees had to be removed without notice as they were posing a threat to health and safety, as the roots were causing stone flags to lift and there were complaints about bird droppings.

Thirsk district and county councillor Gareth Dadd, who said he played no part in the decision to remove the trees, recently formed a steering group to enable the local community to help shape how the market place will look in the future.

Mike I’Anson, chairman of Thirsk Community Woodlands Group, who launched the petition with Thirsk resident Lesley Rolfe, said: “It is an important tenet of local government that our councillors can be called to account for the decisions they make. In the absence of any meaningful response from Hambleton District Council this petition asks central government to intercede on our behalf.”

Thirsk Community Woodlands Group, which was established 12 years ago, has a five acre woodland in which it grows trees that can be planted out in the community. In the past it has been consulted on other biodiversity issues by Hambleton District Council.

Mr I’Anson said: “If we had been consulted, as a group we could have suggested that if those trees need to come out, why not take them out one at a time?

“In every city in this country people are putting trees in the ground and the interaction between trees and people has to be managed. The idea that you just deal with them by removing them is ridiculous.”

Hambleton District Council leader, Councillor Mark Robson said he was informed council officers intended to remove the trees following complaints by the public, but said categorically he did not authorise their removal.

He said: “Mike I’Anson himself quoted to the steering group that silver birch trees were the wrong kind of trees for that location.

“I personally have no problem if it’s agreed in the future that trees should be planted there, but the correct species of trees.”

The group recently met with Thirsk and Malton MP Anne McIntosh who has agreed to present the petition to the House of Commons.

The petition will be in shops around Thirsk Market Place until May 30.