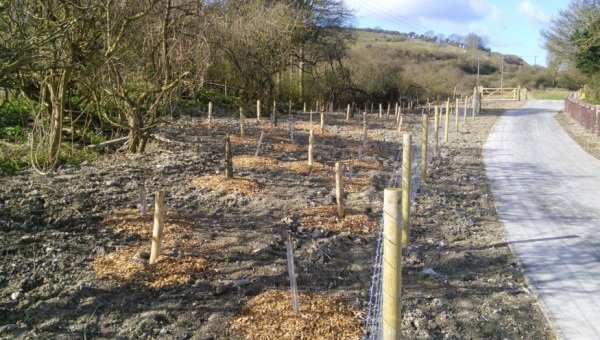 A cycle path between Lewes and Ringmer has been targeted for the third time by thieves who ripped almost 50 new trees from the ground.

East Sussex County Council is urging residents to be vigilant after in total around 150 trees have been stolen from the route over the last few weeks.

The latest theft took place over the Easter weekend when 45 trees were taken and fencing along the route cut to enable the vandals to gain access.

This followed incidents over the two previous weekends in which hornbeam, rowan and field maple trees were taken.

Mark Valleley, from East Sussex County Council, whose team was involved in designing and implementing the cycleway, said: “It is hugely disappointing that the hard work by council staff and contractors to create an attractive cycle route for the residents of East Sussex and visitors to our county has been destroyed by mindless thieves.

“As well as ruining the aesthetics of the route, these thefts are hitting the taxpayer in the pocket.

“Furthermore, the way in which the trees have been ripped from the ground means those responsible have probably killed them in the process.”

The trees were planted by the council’s contractor as part of the project to create a safe, off-road transport link for use by pedestrians and cyclists between Lewes and Ringmer.

It was also designed to open up access to the South Downs National Park.

In a bid to prevent further damage and catch the culprits, residents are being urged to keep an eye out for suspicious behaviour and report it to Sussex Police.

Mr Valleley added: “These thefts have cost the taxpayer hundreds of pounds and we would urge everyone in the area to be vigilant and help us prevent further damage.”

The tree planting was carried out by forestry firm Bonny’s Wood which is based in Clayton.

Business owner Matthew Stuart said he believed the trees were possibly being stolen to order as the thieves were going after specific species of trees. A total of 3,000 trees were planted along the new cycle route.

He estimated the cost of replacing the trees would be at least £1,500.