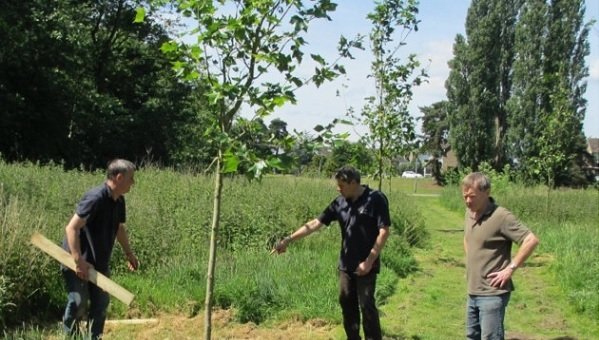 One of Thetford’s most scenic spots has been added to further after a conservation group extended an avenue of London Plane trees.

Six more London Plane trees have been purchased and planted by the Thetford Society on the avenue near the Nun’s Bridges Road.

The trees were planted on the stretch between the Gentle Bridge and British Trust for Ornithology after a bequest from former Society member, Evelyn Flint.

They join London Planes which were planted last year.

The trees were again supplied by Barcham Trees, in Ely, and society members Phil Waring and Stuart Wilson were advised and assisted by Clyde Seagrove from Barcham’s during the planting.