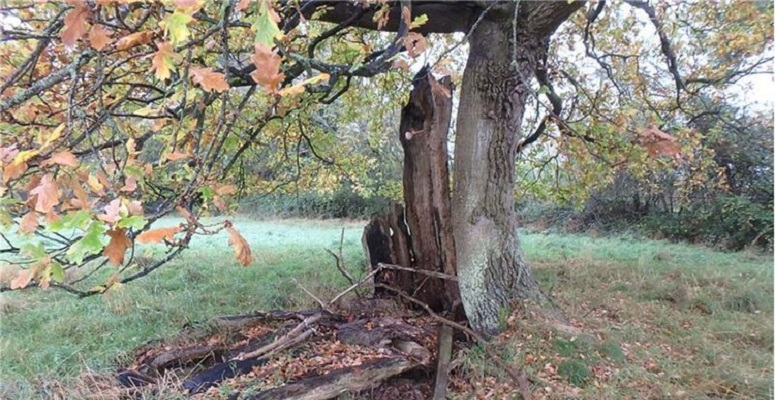 Ancient and veteran trees in Cheltenham have been saved from the chop thanks to hard campaigning by the Woodland Trust and the Ancient Tree Forum (ATF).

The Trust first objected to the outline application for 100 houses on land adjacent to Oakhurst Rise in October 2017. This was on the grounds that around 20 significant oaks would either be felled or severely impacted by compacted roots. The Trust also argued that any associated wildlife would be disturbed by increased pollution from dust, light and noise.

The scheme was revised several times so the ancient trees would have been retained. But,the Trust was still concerned about the impact to the remaining veterans and objected again. This resulted in the application being refused in July 2018. The application was then re-submitted with 30 fewer houses -leading the Trust to submit another objection.
The application was refused by Cheltenham Borough Council at the end of March on the grounds of impact on the trees.

“This was the right decision and we are grateful to the council for making it.
Ancient and veteran trees are a vital and treasured part of our natural and cultural landscape. The number of veteran trees on this relatively small site makes the site especially valuable for wildlife. Had the site been developed to the planned intensity some of these incredible trees would have been lost or deteriorated to the detriment of the natural environment.”

In arguing its case the Woodland Trust cited changes to the National Planning Policy Framework that came into effect in England last summer following decades of campaigning by the charity.

The Trust had successfully argued that Government policy be changed to give ancient woods and ancient and veteran trees the same level of protection as listed buildings. The new wording now states that development resulting in loss or damage to ancient woods or ancient and veteran trees should be refused unless the development is “wholly exceptional”.

Find out more about the woodland trust here.