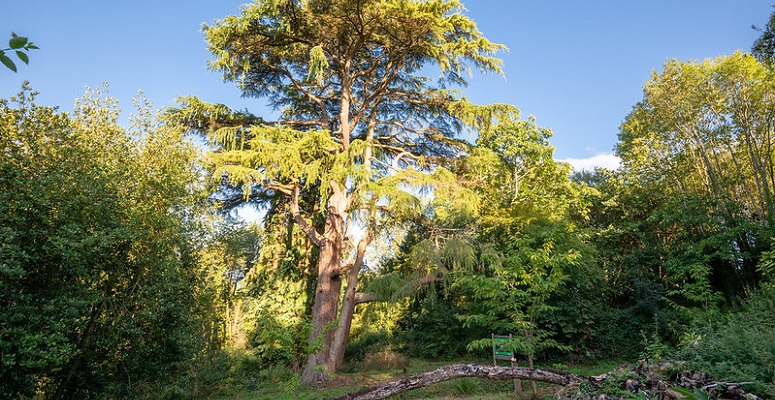 The National Lottery support has enabled the Woodland Trust (Coed Cadw) to bring the historic gardens of Cefn Ila back to life, restoring wildlife habitats and creating acres of new native woodland.

Cefn Ila near Usk in Monmouthshire was once the site of a 19th century mansion and gardens. It belonged to the novelist and adventurer Edward Trelawny and was later acquired by Gerard Gustavius Ducarel, the 4th Marquis de la Pasture, whose family had escaped from France during the Revolution. Between the 1940s and the 1970s it was used as a maternity hospital.

The Woodland Trust acquired the site in 2007, planting 36,000 native trees to create a new woodland, and then, seven years later, undertook an ambitious project to restore the historic walled garden, arboretum and ornamental pond to their former glory, making use of a generous £297,700 grant from the National Lottery Heritage Fund.

As part of the project the historic walled garden has been restored, with an enthusiastic group of green fingered volunteers meeting twice a month to keep it in tip-top condition. The artificial pond that was built in the 19th century to supply water to the mansion has been restored as both an ornamental feature and a wildlife habitat and the arboretum, also known as a ‘pinetum’, which was once the pride of the property, has been restored, removing much of the natural regeneration.