The Vital Role for Trees in Urban Environments 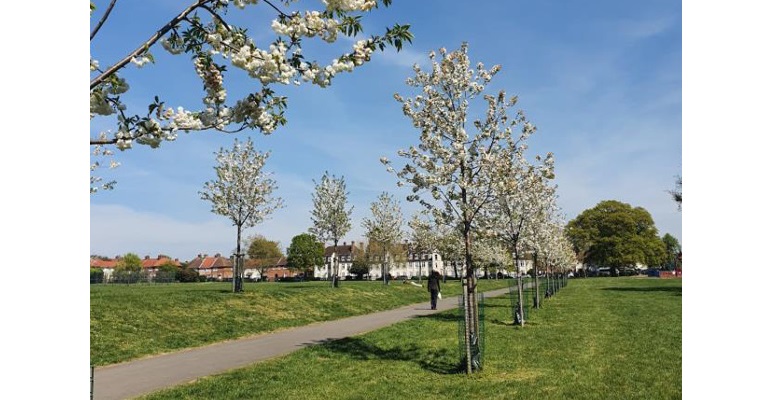 Trees have always played a fundamentally vital role for all life on earth. The advent of COVID-19 in 2020, with people more confined to homes and local areas than ever before, has skyrocketed their benefits, particularly in urban areas. Rachel Jackson, Account Manager at Hillier Trees, discusses the rise in demand and how trees have given back to us in recent months.

Loving trees was perhaps once considered the domain of environmentalists, but an enormous appreciation for them has now entered the mainstream. The extraordinary events of recent months have brought home their benefits, especially in urban areas. “I support Hillier Trees local authority clients, working alongside Jim Hillier on tree planting projects in cities and towns,” comments Rachel. “The demand in these areas is clear to see – there has been a remarkable 76% year on year growth in our sales in this sector. As a result, we are growing 30% more 45 litre trees for supply across 2021-22.”

The increased demand is driven by many factors, not least being the positive response to council planting projects from residents. “Some of the messages sent to councils from residents during lockdown have been amazing,” says Rachel. “For example, an individual in the London Borough of Barnet wrote to Barnet Council to thank them and share what a privilege it was to be able to look out the window and see recently planted cherry trees in their pink glory. They described them as a ‘symbol of life and promise that this awful plague will end’ adding it was money well spent!”

Trees have long been known to contribute to the environment by sequestering carbon dioxide, but evidence is growing around how they also support mental health. “Trees have been found to enhance mood, improve self esteem and lower blood pressure,” says Rachel. “Research in the Netherlands and Japan* has indicated that people were more likely to walk or cycle to work if the streets were lined with trees and live longer and feel better as a result.

The Japanese concept of forest bathing or Shinrin-Yoku is gaining ground in the West. Over the last twenty years, Japanese researchers have found forest bathing has a direct effect on physiological health including improved mood, lower blood pressure and improved sleep. In our urban areas, where there is not always ready access to vast tree-filled areas to forest bathe in, just being in the vicinity of green spaces has been found to be of benefit.”

“We are fortunate in the UK that many of our big cities have a thriving tree population; London has an estimated 8 million trees; Birmingham 1 million for example. With spending more time at home looking to be the norm, at least for the next few months, it seems vitally important that as many of us as possible can connect with nature and trees to boost our mental wellbeing. As we enter the next tree planting season this winter, I look forward to supporting more of our clients in urban areas bringing invaluable green to their local areas.”

Hillier Trees offers a wide range of British grown trees across its field and container tree nurseries. These include many suitable for urban areas. These are a selection of some of the best.

This Hillier cultivation, also known as sea buckthorn, is part of the Streetwise selection. It has its origins from an unusual Hippophae multistem shrub discovered in the Sir Harold Hillier Gardens near Romsey, Hampshire. It offers a unique columnar form, is able to establish in the poorest of soils and tolerates all urban issues including pollution and salt spreading. Will eventually grow to around 8 metres high x 3 metres wide.

This native field maple has been traditionally used amongst hedgerows and open rural locations. The ‘Streetwise’ selection has been carefully cultivated by Hillier to create an exceptionally hardy form that responds will to pruning schedules with an upright canopy that is ideal for locations with traffic. It also offers spectacular autumn foliage and, as a native species, is a valuable fauna tree for insect populations.

This upright, columnar tree cherry tree is like a pillar in form. It widens a little with maturity, but remains within 3 metres width at its maximum. In spring, the blossom opens with single brilliant white flowers and in autumn the leaves provide warming shades of marmalade and crimson amber. This is a perfect tree to create dramatic structure within smaller public open spaces and works well planted in a narrow line.

This upright narrow form of cherry has been produced with tighter locations for urban planting specifically in mind. Although its vase like form will broaden a little with maturity, the canopy will always remain within a 3 metre width, while growing up to an impressive 12 metres in height. Its paper-fan like form creates strong visual contours when planted in single rows.

This form of Amelanchier lamarckii has a compact, erect canopy rather than the wider spreading lamarckii. It is particularly hardy, reaching around eight metres with a narrow erect crown. Its upright swept branches make it ideal for bringing colour and feature to narrow dreary pathways and streets.