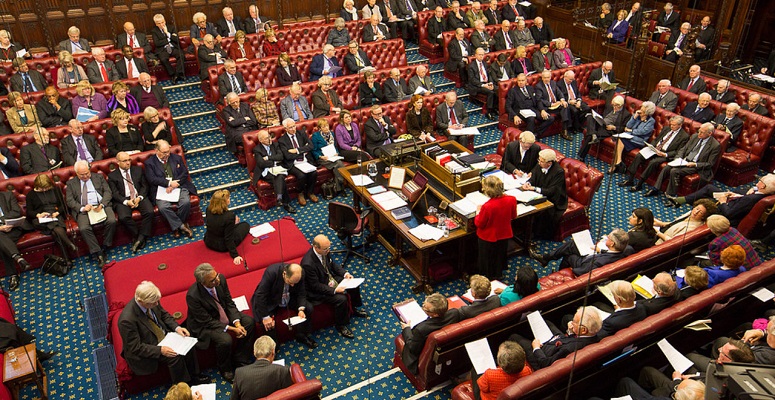 The House of Lords debated the threats posed by pests and diseases to native trees in the UK on Thursday 13 February.

He commented:
“When planting, it is important to plant the right species, at the right height, in the right place, bearing in mind such things as soil type, location, et cetera. It is crucial to allow money for proper aftercare and to make sure it is carried out. All too often, money, time and effort are wasted by well-meaning planters thinking planted trees will look after themselves, leading to widespread failure and expensive replanting. It is important too that we appreciate the huge value of the mature trees we already have.
“It is important to recognise and make full use of the expertise in tree care provided by organisations such as the Arboricultural Association. It trains and sets standards for tree surgeons, is involved in every aspect of tree planting and maintenance, and has its finger on the pulse of tree health in this country like no other organisation.”

Earlier in the debate Lord Chartres highlighted the need to address skills shortages across arboriculture, following evidence from the horticulture sector skills survey published in autumn 2019.

“That brings us to the problem, which I do not think has been mentioned yet, and which is especially acute in England, of skills shortages among staff in the various aspects of arboriculture. This has obvious implications for policy on apprenticeships and the like. I believe that the Government can rightly point to investment and commitment in this area. A sense of urgency is clearly right.” Said Lord Chartres

The Earl of Caithness further emphasised that point by suggesting that there may need to be greater investment towards those who manage trees.“…we are woefully lacking in those skills in the UK and there is no structure or funding to redress that. If forestry is not profitable, the taxpayer needs to help those who plant and manage trees, just as we do with those who plant crops. If we do not do this, our grandchildren will end up with empty plastic trees and distorted, valueless timber.
ldquo;I will finish with a quote from Tony Kirkham, the head of the arboretum at the Royal Botanic Gardens, Kew. Although it is contrary to our current forestry practice, I commend it to the Government and all who plant trees. When referring to the great storm of 1987, he said:
“The golden rule that I got from the storm was that you’ve got to copy nature and run with her and you’ll succeed.”

The Arboricultural Association welcomes this timely debate and the contributions of MPs and Peers from the All-Party Parliamentary Gardening and Horticulture Group (APPGHG), who continue to strive for greater recognition of horticulture and arboriculture. The Association will be offering its support to Government to assist with the technical knowledge required to address the issues discussed during the debate.