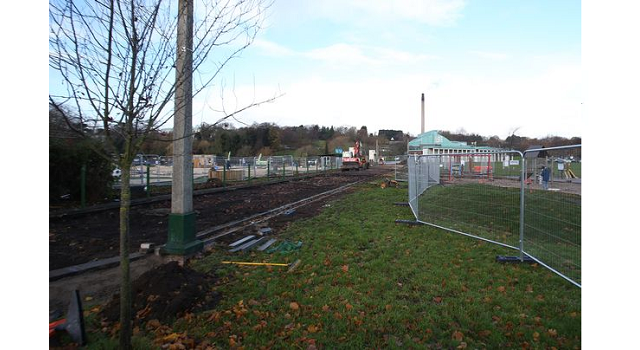 A project to restore the pathway area at Highfields Park has begun, with ten cherry trees being removed from the site.

The 90-year-old trees have been felled in the past week after work began on Monday, November 20.

Nottingham City Council said the trees were diseased and in a dangerous condition.

They will be replaced early next year with semi-mature cherry trees, which will line the path from the University of Nottingham tram stop to Nottingham Lakeside Arts Centre.

The removal of the trees forms part of a £4.8m restoration project, funded by the Heritage Lottery Fund, the Big Lottery Fund’s Park for People programme and the city council.

The project will also see the path be resurfaced and lit by newly restored gas lamps, leading to a hand-crafted iron gate near the tram stop.

Other improvements at the Green Flag award winning site include restoring buildings and bridges, improving the boatside area and de-silting the lake.