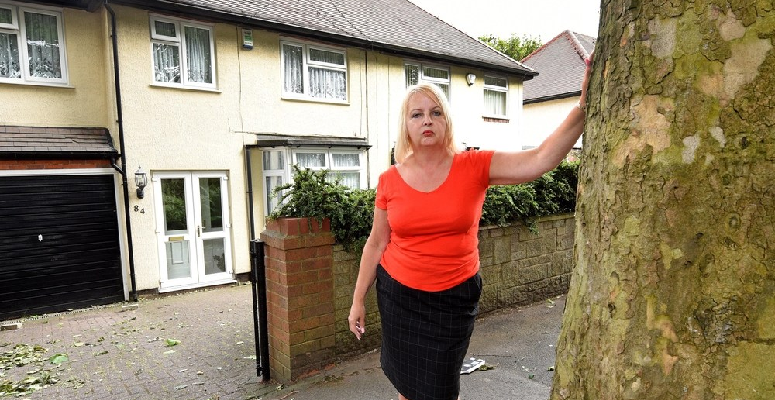 Figures reveal the cash settlements made by each council to homes in the Black Country and Staffordshire, costing the UK taxpayer £320,000.

They include an £18,200 pay-out in Walsall for damage caused to a patio by roots, £18,776 in Sandwell for a tree which fell on a garage and home and £14,450 in Dudley for property subsistence caused roots.

While Sandwell, Walsall and Dudley settled six-figure sums overall and Staffordshire five-figure sums, Wolverhampton council did not pay out for one claim relating to home damage caused by trees.

Although, Wolverhampton did pay out £2,325 in two pay-outs over boundary walls.

The figures comes a month after it was revealed councils in the Black Country had chopped down a total of 6,359 trees over the past three years.

One family impacted by overgrowing tree roots outside their home was the Hadleys, who moved into their home in Priory Road in Dudley in 2000.

Three years later they discovered cracks on the walls in their home and the insurance company had to be called for a major rebuild of the house. Julie and Erik Hadley still live at the property with their 34-year-old son James. Their insurance company received £40,000 from Dudley Council.

Mrs Hadley said: “We had to stay in the property while major work was being done to the house. We were living on takeaways then there was the cold weather.”

She added: “Councils need to take the issue more seriously rather than allowing tarmac to be put over growing roots.

“It’s an important issue and, as you can see, it can end up costing the councils alot of money.”

In Dudley, where the council settled 25 cases totalling £110,815 in taxpayer money, councillor Karen Shakespeare, cabinet member for environment services, said: “We regularly carry out tree inspections and deal with any trees that are found to be dead, dying or dangerous as a priority over all other tree work to ensure the safety of our residents.

“The council only pays claims for which it is legally liable and these figures, showing a small number of cases over a three year period, are in line with most neighbouring authorities. Trees play a vital role in our communities, filtering air, acting as a haven for wildlife, creating attractive landscapes and generally contributing to community wellbeing, which is why we fell trees which present significant risk to people or property and always investigate concerns raised.”