Sycamore trees which blight lives of Skipton residents can be felled 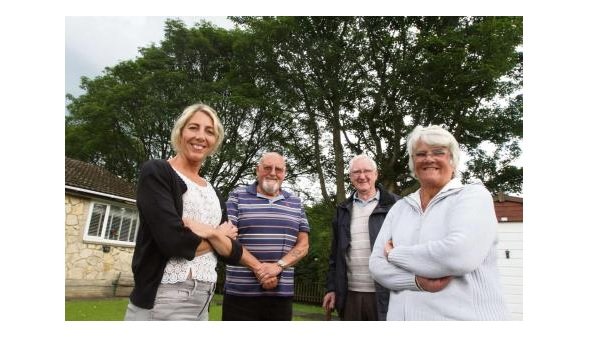 Skipton residents who say their lives have been blighted by sycamore trees are celebrating after permission was given to chop them down.

The trees, on town council-owned Shortbank recreation ground, have been an ongoing issue for residents of Moorview Way for several years, Craven District Council’s Planning Committee was told.

In 2008, tree preservation orders (TPOs) were placed on the sycamores after attempts to fell them by the town council were opposed by other residents.

But Craven District Council has now agreed that seven, currently protected, healthy trees can be removed, even though officers had recommended just two were removed.

Charles Gill, for Moorview Way residents, said they caused problems for most of the year, by cutting out light and dumping leaves and slippery sap on cars and footpaths.

“We feel there is going to be a serious accident, it is becoming impossible to live there,” he said. “They are not beautiful trees, it’s like looking like a row of soldiers.”

“The town council has done everything possible and has spent a fortune of public money on crown lifting,” he said.

It had also carried out extensive re-planting on the embankment in an effort to keep everyone happy, he said.

Coun Eric Jaquin (Lib Dem, Skipton East) said residents of Moorview Way would see the benefit if all trees were felled and the newly planted replacements allowed to grow.

“The principal issue of amenity value is virtually nil,” he said.

And Coun David Ireton (Cons, Ingleton) said the trees were unworthy of protection.

“I’ve not seen such a poor example of protected trees. If trees are worthy of protection, they should be, but these are not,” he said.

Councillors heard that the town council was within its rights when it started felling the trees in 2008, but that some people had reacted to the sounds of chainsaws and complained to the district council.

The reaction had been to put TPOs on the trees and to ask questions later.

After the meeting, ward councillor Robert Heseltine (Ind, Skipton South) welcomed the decision and hoped lessons would be learned and that houses were not built so close to trees with the potential of growing to 70ft high.