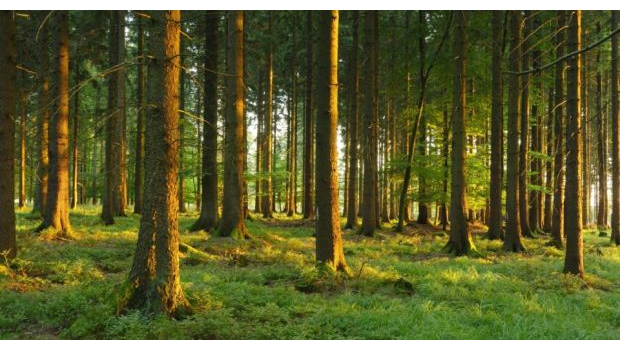 A large holding of mature forestry has come on the market through agent DTZ Sherry FitzGerald for €1.85 million.

The substantial plantation – extending to approximately 344 ha (850 acres) of forestry lands, of which 325 hectares (803 acres) are planted – is located at Glenagh, north Mayo.

It is dominated by the main commercial species, Sitka spruce, planted in 1992. The remainder is a mix of lodgepole pine, birch and larch.

Ireland’s climate and soil types give it an advantage in producing some of the fastest-growing and highest yielding forestry in the world. Timber demand outstrips supply in Ireland despite a rise in planting levels over the past 20 years.

Forestry contributed some 1.3 per cent of Ireland’s GDP in 2010.

Demand for timber from Irish forests is growing and by the end of this decade it is estimated that demand will outstrip supply by 1.6 million cubic metres.

“Much of this demand will come from the energy and small wood sectors and this portfolio is ideally positioned to take advantage of this burgeoning market,” says Shane O’Flynn of DTZ Sherry FitzGerald.

“This north Mayo holding represents a unique opportunity to acquire a significant mature plantation in one single lot. We expect to achieve a high level of interest from both Irish and overseas purchasers for the plantation.”

The total estimated economic output (direct and indirect) of the forest industry to the Irish economy was €2.3 billion in 2012. Total employment generated by the forest and wood products sector stands at around 12,000.

In 2012, exports of forest products from Ireland were valued at €303 million while forestry imports were €513 million.

Almost 10.5 per cent of Ireland’s land area is under forestry – amounting to 731,652 hectares – and this area is increasing. The total area of new forestry planting for which afforestation grants were paid in the years 2004 to 2013 inclusive was 75,145 hectares.

Since 1994, forestry has delivered an average return of 5.65 per cent per annum.

Approximately 89 per cent of the output from Ireland’s panel products sector is exported along with almost 60 per cent of our sawn timber production.

Ireland is the largest exporter of MDF to the UK, through the Coillte-owned Medite Europe, and its share of the market grew from 33 per cent in 2007 to 44 per cent in 2010.

Some 47 per cent of Ireland’s forests is privately owned with the remainder in public ownership, mainly vested in Coillte. Most private forests were planted over the past 20 years, consequently many are approaching thinning stage and the output from these woodlands is set to increase significantly in the coming years. This roundwood volume (timber in trees) to come to market is forecast to increase from 2.68 million cubic metres in 2011 to 6.95 million in 2028.

Forestry rotations are typically 30 to 40 years. Forests provide the largest outdoor area for recreational use in the country. Annual visitor numbers to Irish forests are in excess of 18 million. After wind energy, wood fuels are the largest contributor to renewable energy generation in Ireland.