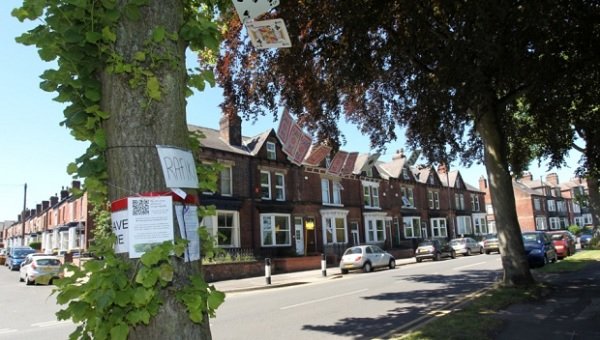 The ex-Labour Home Secretary took the ‘unusual’ step of writing to The Star in support of campaigner Alan Robshaw who said the debate was about ‘what kind of city we want to live in’,

Labour Sheffield councillors this week voted to take no action on the petition, which started against the axing of 11 trees on Rustlings Road but grew to become a call for city-wide scrutiny of council policies and a morotorium on felling.

Former Sheffield Council leader Mr Blunkett said: “I understand the arguments for both sides and there are situations where taking the trees out is the appropriate solution in terms of safety and cost but this is about proportionality.

“The critical thing is phasing the removal of trees, and therefore heritage, because if you take out a whole range of trees in a paticular location and replace them with saplings, even if you agree on the paticular type of tree that should go back in, it can be decades before the environment is restored.

“That’s why I think there is still room for a compromise over trees, that the work of taking trees out is slowed down and takes place where there is good argument over safety of pedestrians and traffic.”

The council and contractor Amey, which is removing trees as part of the Streets Ahead project, says they need to go because they are damaging the pavement and cause mobility problems for disabled or elderly people. There have been three complaints about trips and falls on Rustlings Road in two years, which the council says were due to tree roots.

Mr Blunkett, who was born blind, said: “My view is that what we’ve lived with for 100 years should not be set aside, we should take account of safety risks but also of the fact there is nothing new here. It might be sensible to take one last look, working with those who feel very strongly against the removal of the trees, not just on Rustlings Road but as a city.

Mr Blunkett said ‘all were in favour’ of the Streets Ahead project to repair the city’s roads and pavements, stressing ‘incredible care’ should be taken to replace trees with the right species.

He added: “We need a series of measures, one final look that provides a pattern for the rest of the project, a degree of proportionality where we accept that there will continue to be places where it is bumpy but that is the nature of having trees in a built up city and we need to be very careful about what we replace the old trees with.”

Campaigners fighting tree felling in Sheffield have been calling for a city-wide tree strategy – but documents reveal one was drafted 14 years ago.

A consultation document for Sheffield’s Tree and Woodland Strategy seen by The Star, which was printed in 2001, said ‘Sheffield is blessed with one of the finest urban forests in the country’ and ‘trees affect everyone’s lives.’ It spoke of trees’ health and environmental and said the service had been traditionally under-funded, leading to long delays for maintenance, nuisance to residents and a declining tree population in some areas. ‘Despite the council’s financial difficulties, we will try and find additional resources for this crucial service area’, it reads. The council did not say why the strategy had not been adopted.

Coun Terry Fox, cabinet member for environment, said: “This is why we secured additional funding to help us better maintain those highway trees we have across the city.

“We have also found the funding to plant 50,000 new trees creating 17 new woodlands.”