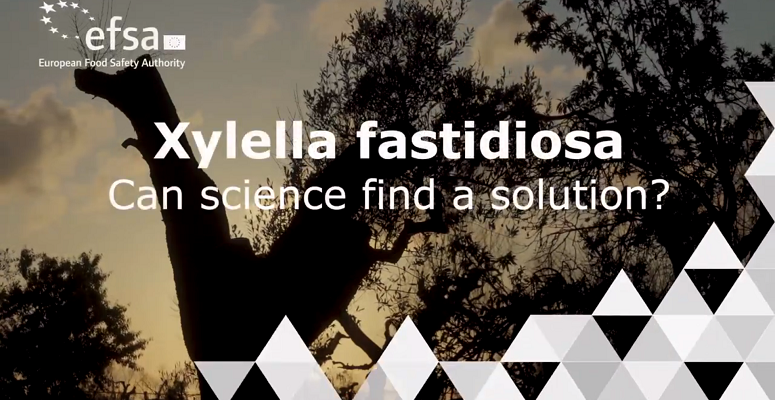 The European Food and Safety Authority has updated its assessment of the risks posed by Xylella fastidiosa to plants and crops in the European Union. The new assessment provides new insights and conclusions on controlling existing outbreaks of this pest and preventing further spread in the EU.

EFSA’s Plant Health Panel (PLH) used computer modelling to simulate how X. fastidiosaspreads across short and long distances under different conditions. The modelling showed the importance of implementing control measures, such as those specified by the European Commission, to prevent further spread and even eradicate outbreaks. It illustrated the relative effectiveness of using different-sized buffer zones to control an infected area.

The simulations also demonstrated the importance of controlling the insects that are known to transmit the pathogen in Europe – such as the spittlebug Philaenus spumarius – and minimising the delay between detection and implementation of control measures such as removing infected plants and establishing demarcated areas.

Is there a cure?

The assessment confirms that there is still no known way of eliminating the bacterium from a diseased plant in field conditions. The effectiveness of chemical and biological control measures has been assessed in recent experiments. The results show that they may temporarily reduce disease severity in some situations, but there is no evidence that they could eliminate X. fastidiosa in field conditions over a long period of time.

Which countries are at risk?

Computer simulations showed that although most of the EU territory has climate types under which the pathogen is known to occur elsewhere in the world, the areas most at risk are in southern Europe (see map). However, the modelling showed some variation to this general rule according to the subspecies involved. For example, it suggested that X. fastidiosa subsp. multiplex had greater potential to establish in northern Europe than other subspecies.

The information on risk of establishment will be valuable in setting up surveillance and detection programmes in different Member States. EFSA is currently developing survey guidelines on X. fastidiosa with plant health organisations across the EU.

Stephen Parnell, chair of the PLH Panel’s X. fastidiosa working group, said: “This was a complex scientific challenge with many areas of uncertainty, but we have distilled some important conclusions that will assist risk managers, risk assessors and researchers. “Computer simulations are at the core of this scientific opinion. The models we have developed are robust and, importantly, flexible so they can be adapted to explore a wide range of different scenarios and support emergency planning.”