Static LSK: A Design of Compromises 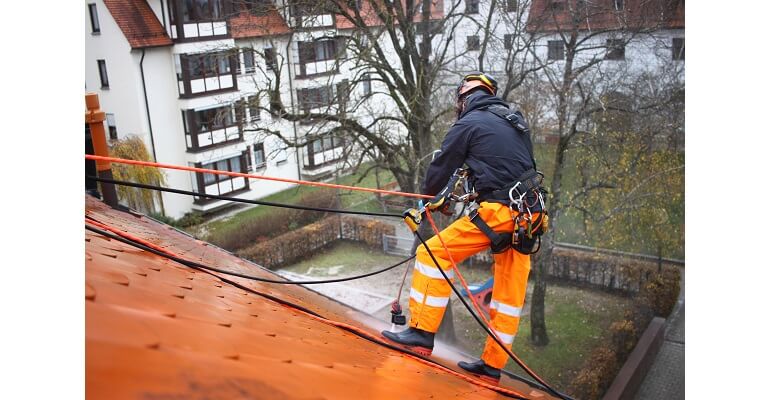 Paul Dyer of Marlow Ropes looks at the aspects of great product design and why the manufacture and design of a good quality static rope is often an exercise in compromise.

Many of the requirements the rope must meet are achieved at the expense of another desirable property.  For this reason, published performance figures don’t tell the whole story. It is necessary to dig deeper into the actual design of the rope to really understand what makes a good product and why certain compromises are necessary.

Materials
Static ropes are normally made from polyamide (nylon) in order to maximise the energy absorbed in the event of a fall. It is possible to use polyester in some designs but the dynamic performance is often very poor. Nylon has unparalleled ability to stretch and soak up a fall but this comes at a price in respect of some of its other properties. Most noticeably, nylon is hygroscopic and is affected by water. This will cause the rope to shrink along its length and become stiffer after soaking.

Some users actually pre-shrink their ropes by soaking and drying before use. It is possible combine materials such as polyester covers and nylon cores, but this must be done with caution. If the core shrinks and the cover does not, then sheath slip can become a problem.

In addition, low melt point materials such as polypropylene are not allowed by EN 1891.

The cores
The standards allow the designer considerable flexibility with respect to the cores, that can be any size and construction. In most static rope designs the cores are the primary load bearing part of the rope. Larger cores are faster and therefore cheaper to produce but they don’t give the same fine control over the diameter as smaller cores. Also, smaller cores tend to produce rounder rope that is more supple and less prone to lumps when bending.

Twisted cores are normally in the form of tiny three strand sub-ropes. Like a rope, they should be balanced and should not have a tendency to twist or hockle. It is possible to make a static rope product with single twist cores but this rope would likely lose performance over time – with the only obvious benefit to doing this being price.

The twist level of the core is another compromise. Highly twisted cores aid drop performance and give higher elongation, while lower twist is stronger and has less elongation. A good rope will have an equal (or thereabouts) number of cores twisted in either direction, this ensures the rope has no tendency to twist over its lifetime.

The cover
For most designs of static rope the purpose of the cover is to protect the core. There is a balance to be achieved between a very thin cover that provides minimal protection but allows for more load bearing core material, and a thick protective cover that leaves little space for the core.

Most static rope designs opt for a 16-plait cover made on a 32 carrier braiding machine, (this is sometimes erroneously referred to as 32 plait). The same machine can also make a true 32 plait cover if the carriers are run in a different configuration. It is possible to make a rope with a thicker cover and less carriers – Marlow’s Diablo is an example of a 24 plait rope made on 24 carrier machines. Forty or 48 carrier machines can be used to achieve thinner covers.

To achieve optimal durability from the rope the cover yarns should be twisted to ensure that any filament breaks that occur from abrasion form a protective ‘fuzz’ on the rope surface. One common way to save money in the manufacture of economy ropes is to skip this process and use flat yarns. A rope like this can have the same performance figures on paper but it’s durability will be significantly reduced.

Performance
To pass EN 1891 the rope must meet nine tested parameters. Often these are a compromise – to perform well on one parameter may result in poor performance on another. For example, the static elongation from 50kg to 150kg must be less than five percent – a low elongation here results in a low stretch rope that’s efficient to climb on. However, it may also result in a high impact force and poor dynamic performance.

The parameters tested for EN 1891 are:

In addition to these the following are also tested but there is no requirement to pass.

It is possible for the rope designer to optimise the rope’s design to perform better in one or other of these properties. However, this is often to the detriment of other desirable properties. Part of the skill is achieving the right balance at the right price. This includes hidden factors, such as the ‘feel’ of the rope, the durability of the rope and its compatibility with other hardware – these do not appear in the published figures. Remember published figures can only ever tell part of the story.