Stand-off between protesters and council over trees in Hull 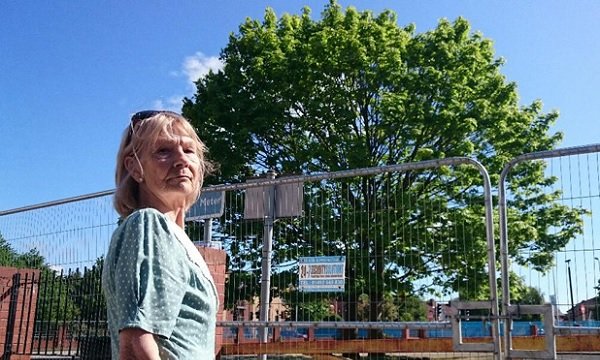 Protesters have gathered at the site of two mature trees, which are set to be chopped down by Hull City Council.

Proposals to remove the chestnut trees, in Kingston Square in the city centre, have attracted the ire of residents, who are opposed to the idea.

The plans form part of work due to start this week to build the new Ron Dearing University Technical College. A car park, off John Street, close to Hull New Theatre, has closed as part of the development.

A tense stand off between officials and residents occurred this morning at the site as officials from Hull City Council and contractors, tried usher away the Mail’s photographer as he spoke to residents.

A fence had been erected around the site to prevent residents gaining access. The officials who spoke to resident Diana Lowthorpe told her the trees would come down.

She said: “The tree felling expert came down and told me the decision had already been made and there is nothing I could do.

“There was a bit of a stand-off and I was close to tears. At that point the official asked me what he could do for me.

“I asked him to keep the trees but he said no and asked if I wanted a cup of coffee instead.”

Ms Lowthorpe believes the trees will be removed in the next day or two. She said: “I’m a conservationist and the loss of these trees is devastating to me. I don’t know what I’ll do when they rip the trees up.

“I doubt I will be like a suffragette and tie myself to the tree but I’ll do what my heart tells me.”