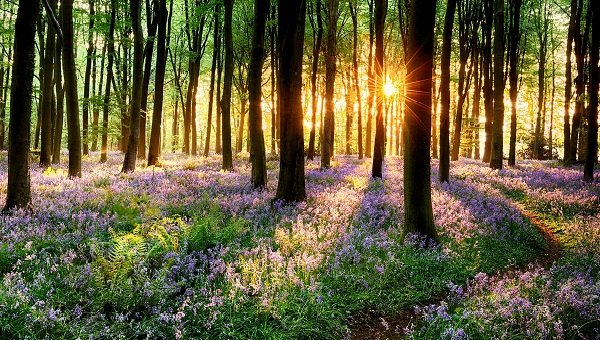 The Woodland Trust’s Nature’s Calendar survey has revealed that the natural world has regressed to Victorian times.

The news comes after early analysis identified that the speed at which spring travelled up the country dramatically slowed to just 1.2mph this year.

As a result the speed of spring’s arrival throughout the UK slowed from an average of 1.9mph in 2015 to the Victorian average of 1.2mph according to analysis by Professor Tim Sparks from Coventry University. The analysis reveals that spring took roughly four weeks to travel the length of the country this year compared to three weeks last year.

Speed of spring, in miles per hour, compared between years:

Historic speed of spring:*Based on averages for swallow, orange tip and hawthorn flowering. These species allow comparison with historic records.

This stretching of the season may prove to be problematic for some nesting birds such as tits which rely on the leafing of oak as an indicator of when to brood their young to ensure a steady source of food.

Dr Kate Lewthwaite, Woodland Trust citizen science manager, commented: “It’s without question that wildlife reacts to the arrival of spring flowers and trees. Whilst this analysis perhaps throws up more questions than answers it does highlight the delicate balance between success and failure for a number of species.”

Nature’s Calendar is a continuation of seasonal recordings which date back to the 18th century, first compiled by Norfolk landowner Robert Marsham. Tens of thousands of records are added annually by recorders to the survey, which is the longest running of its kind in the UK.

This summer the Woodland Trust is urging people to get outside and make the most of our woods by inviting a ‘Tree for tea’, offering people tree party packs which includes activities for families to learn more about trees and woods. Find out more at www.woodlandtrust.org.uk