Specialist team branches out to stop flooding in Osney Island 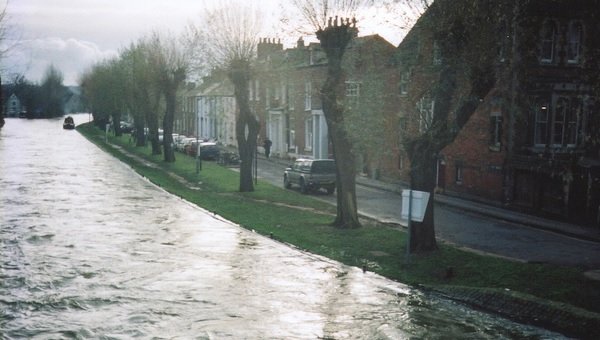 Firefighters have cut and removed fallen trees from a stream that caused flooding twice in the past seven years, in a drive to stop it happening again.

They used chainsaws to cut two trunks and a bush before lifting them out, using a crane to clear the channel and make it easier to repair damaged riverbanks.

The stream flooded in 2007 and in January and February this year, spilling into the road and some houses in the street.

Kidlington station manager Gary Danger, below, said: “Osney Island is notoriously the first part of Oxford that floods so it’s a high priority area for us.

“We had a major problem there in the winter partially due to the huge amount of rain but also the debris in the stream.

“We hope that by clearing the ditch of debris and fallen trees we will avoid that happening again.”

The agency’s operations manager Barry Russell said: “We don’t get a chance outside of emergency response times to do anything with our partners, so it allowed us to understand what our various roles and responsibilities are.”

Annie Bettell, who works in a housekeeping role at a Botley Road home over looking the stream, said: “While this work might help with the flow I don’t know if it will help the flooding because I just don’t know if the river can take it.”