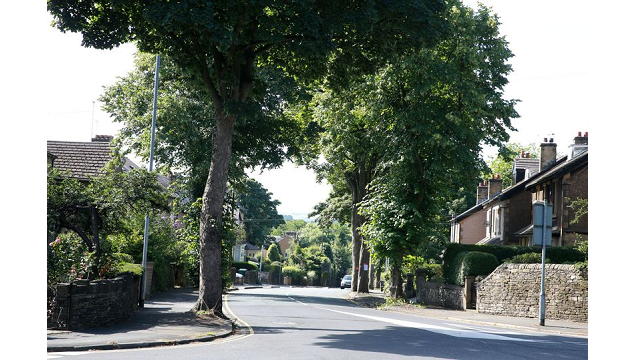 After a long disputed argument over tree felling near Huddersfield’s Greenhead Park, Gledholt, a plan has been suggested to introduce the flexible paving, Flexi-Pave.

Members of the Save Greenhead Trees Action Group are calling on Kirklees Council to delay the felling eight trees on Gledholt Road and Gledholt Bank until a Halifax company making flexible paving has had chance to view the site and make recommendations.

Kirklees council has stated that the trees must be felled due to a potential danger, making the footpaths unsafe for pedestrians. The plans would replace these trees with more suitable species that would not damage the footpath.

However, in an email to the council, Save Greenhead Trees Action Group leader Sarah Newton said the council should replace the current paving with Flexi-Pave as a way to achieve “a smooth, trip free surface” without having to remove the trees.

Sarah Newton stated: “Flexi-Pave is an ideal solution for dealing with existing trees that are causing a bumpy pavement surface. We have spoken to KBI who make Flexi-Pave and they explained that Flexi-Pave does not need to be laid on a flat surface. It can be laid around the roots meaning that there would be no need to shave the roots.”

Due to the nature of regular tarmac, cracking is a large problem which can result in exposed edges. It does not allow water to pass and, as Sarah Newton commented, would not be a suitable material near trees.

“This is another advantage of Flexi-Pave,” said Sarah. “Flexi-Pave is a breathable porous material that allows the passage of water and air making it an ideal material for use around trees.”

The email to Kirklees said: “We believe that you haven’t considered the use of Flexi-Pave because you weren’t aware of its full potential. We would like to suggest that we have a site visit with KBI so that they can provide their professional opinion as to whether Flexi-Pave would be able to solve the bumpy pavement around the trees or not.

“If KBI say that Flexi-Pave will not solve the bumpy pavement surface then we will accept this and agree that the council must find another solution.”

A spokesman for Kirklees Council said in the council’s experience, Flexi-Pave’s use was defined to a specific period in time, before the roots and trunk had completely broken through the surface, raising it upwards, or pushed out the kerb line. The trees in question had unfortunately gone beyond this point, where the kerb had fallen away and the pavement had significant contours in it.

In response to Sarah, he said: “Our design team are very experienced and have made sure they have taken time to look at all the information you have presented and all the options available that fit with our design criteria for the project, which in summary are based on smooth, usable footpaths for people of all abilities and two way traffic for road users.

“The key to saving one of the trees has been the ability at that point along the road to build out and narrow its width without affecting the two-way flow. For this tree we will be working with Flexi-Pave to create the surface we need.”