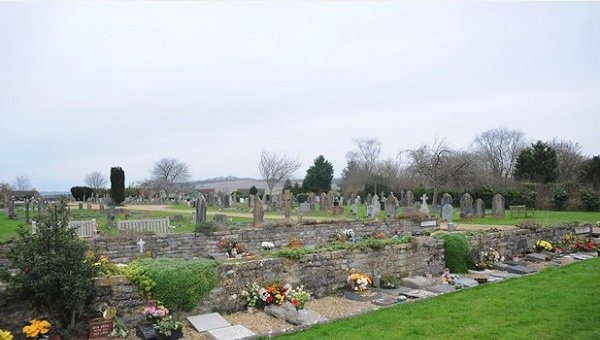 Somerton Town Council has narrowly voted to remove a tree believed to be causing damage to the cemetery. The council met on Tuesday to debate the future of a cypress tree growing near the Garden of Rest. The roots of the tree, which is at least 40 years old, are disturbing the foundations of a nearby wall.

Councillor Tony Jotcham described the tree as “ugly” and “overbearing”, and recommended to the council that it be felled. But his view was challenged by Councillor Margaret Chambers, who felt that felling it would not solve the problem. She said: “The tree is not overbearing. You could just trim the lower branches. If you fell the tree, you would not remove the roots, which would then shrink and continue to disturb the wall. You cannot put a value on the tree. It’s not an ugly tree. It’s an amenity.” Mrs Chambers said that the underlying problems with the walls could be solved by removing valerian growing on top of it.

She added that South Somerset District Council had advised to plant new trees in the area and then remove the offending tree after a couple of years.  Councillor Judith Hurley added: “I support Margaret’s suggestion. People like sitting under trees when contemplating loved ones.”

Vice-chairman Barrie Davies, however, said that the tree had to be removed, arguing that alternative arrangements would be “expensive and ongoing.” He said: “I have a fundamental problem with this tree. It is past its useful life, and it is destroying council property. We should not spend ratepayers’ money on repairs we don’t have to make.”

The council voted by a margin of three to two to fell the tree, with two abstentions.