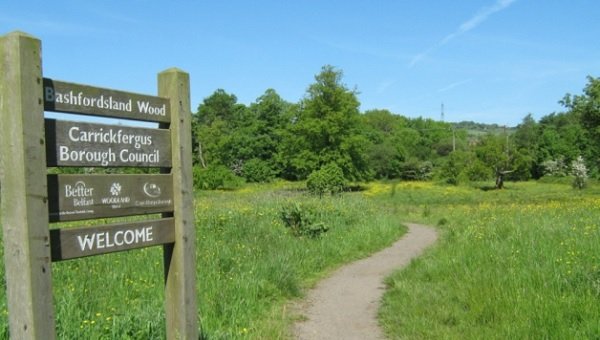 And following a renewed appeal by the Department of Agriculture and Rural Development for vigilance, Stephen Daye, Parks and Countryside Development officer, confirmed this week that council “continue to monitor” the locations.

Forestry Minister Michelle O’Neill has provided an update on the current situation in the province. She said: “Over 3,000 site inspections have been carried out since the disease was first found here in November 2012. To date 93 sites have been confirmed with ash dieback infection. Of these, 90 were recent plantings around the province, with three findings on imported stock in trade. There have been no confirmed reports of C. fraxinea infecting mature ash trees in the north.

“As a result of the ongoing surveillance approximately 86,000 young trees have been destroyed to prevent the disease spreading to the wider environment. Forest Service staff have been helping private woodland owners to deal with infected plants and debris.

“Surveillance plans for the 2014 season are well underway with Forest Service plant health inspectors firstly revisiting and inspecting the areas around previously confirmed outbreak sites. Further surveys of both recently planted and mature ash will then be undertaken over the summer period.”

The main symptoms, according DARD, to look out for are: wilting and blackening of young shoots; loss of leaves from the top of the tree; darker diamond shaped lesion on the bark where the shoot joins the main trunk; fruiting bodies (3-5mm size creamy coloured ‘mushroom shaped structures’) on dead leaf litter during June to October. Findings should be reported to afib.planthealth@dardni.gov.uk or phone 0300 200 7847.

Alderman May Beattie said: “Events in the borough range from no pain no gain Boot Camp and Body Combat taster sessions to more genteel pursuits such as Tai-Chi, woodland walks and outdoor theatre. We want these events to inspire people to get out and enjoy the fresh air of Carrickfergus Borough’s green space.”

For further details go to www.carrickfergus.org/loveparks