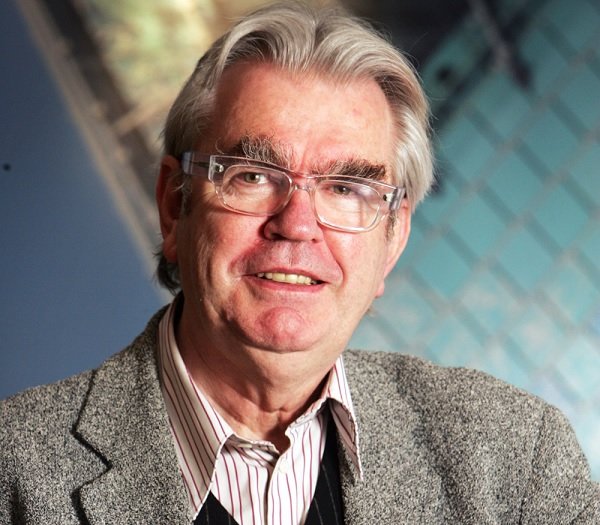 The Trees and Design Action Group (TDAG) and Farrells are pleased to announce that Sir Terry Farrell is now a trustee of the TDAG Trust alongside Martin Kelly, Chair; Dr Mark Johnston, co-author of Trees in Towns II and Keith Sacre, Sales Director at Barcham Trees and lead author of the recent BS8545: Trees: from nursery to independence in the landscape – recommendations.
TDAG was formed early in 2007 following a round table discussion convened by Martin Kelly, then director at Lovejoy London and now land planning director at Capita Property and Infrastructure and became a charitable trust in 2013. Over the last eight years TDAG has grown in membership and influence. It is recognised as a pioneering group of individuals, professionals and organisations from both the public and private sector who have come together to increase awareness of the role of trees in the built environment throughout the UK. The group early on set out a 10 Point Action Plan1 and this continues to guide its work.
Two recent publications have been of particular importance: Trees in the Townscape: A Guide for Decision Makers2 (2012) and the companion document Trees in Hard Landscapes: A Guide for Delivery3 (2014). The CIHT, ICE, CIBSE and ICF were partners in the latter
publication which was again supported by a wide range of sponsors. Sir Terry Farrell has, of course, a long standing reputation as an architect and master planner who has recognised the value of trees and the many benefits that these can deliver, well beyond the usual qualities of amenity, as part of a landscape led masterplanning approach.

Sir Terry Farrell said; “The many challenges that we now face to make our cities, where the majority of the population live, safe and healthy places mean that we will have to re-think the future of urban design to include more vegetation. The concept of ‘landscape urbanism’ is gaining professional and political traction on mainland Europe, with an approach based on organising cities through the design of the city landscape rather than by the design of its buildings. Combined with the current trend to move away from prioritising cars for urban mobility, this has already started to make a strong impact on the design of streets and the wider urban public realm. Urban trees, as the largest living organisms found in cities, play an essential role in shaping local landscapes and providing life-critical services as part of the green-grey-blue infrastructure mix that sustainable places require. If this role is to be maintained and enhanced over the remainder of the 21st century and beyond, then a strategic approach is required. Urban trees should not be considered on a ‘tree by tree’ basis but rather in terms of overall urban trees populations, such that every urban tree contributes to the ‘urban forest’.

We will need to ensure that we, who have inherited a legacy from previous tree planting, provide a legacy for future generations; tackle the problems of increasing tree diseases by giving proper attention to biosecurity and ensuring diverse tree species to make the ‘urban forest’ more robust and make appropriate design and species selections to ensure that the opportunities are taken for trees to provide the multiple, long term benefits of which they are capable.

Symbolically, the idea of making London a National Park, which is currently being considered by the Mayor’s team, would be hugely influential in better planning green infrastructure throughout this great metropolis.”

Evidence and tools are now available articulating and quantifying the wide range of environmental, social and economic benefits urban trees can provide. Evidence also shows that, in order to make the most of the benefits and services an urban forest can deliver, a combination of national and local policy is required together with cross – departmental funding (linking trees, transport and health budgets) and collaborative working on projects delivery all underpinned with up-to-date cross-disciplinary understanding of good practice. This reconsideration of the role of landscape and vegetation in the built environment has largely come about by pursuing and refining the concept of green infrastructure, a major review of which is scheduled by the EU for 2017. It is not clear which department at national government level has responsibility for urban trees. DCLG which controls planning (vital to integrating trees in development) used to have this remit and, indeed, commissioned Trees in Towns II in 2004.This set out the state of urban trees and their management. It was intended that this should be repeated a decade later and we do need this national picture of ‘where we are now’, not just in terms of trees on the ground but also about how those urban trees and woodlands are actually managed (or not managed, as the case may be!). Perhaps that could then be developed further into a national urban forest strategy.

Sir Terry’s approach and influence will be greatly beneficial in continuing to achieve TDAG’s aims.