Show off your tree knowledge with Malvern Town Council 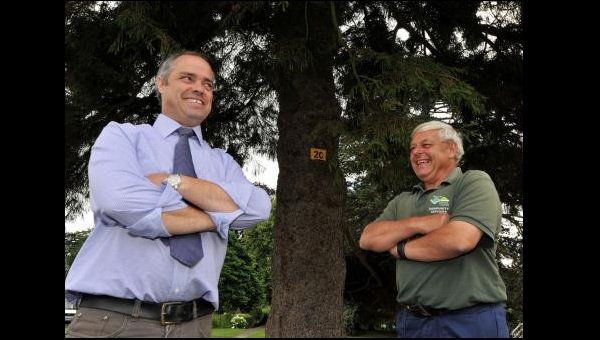 Tree lovers will be able to put their arboreal knowledge to good use in a competition organised by Malvern Town Council.

Held as part of the run-up to Malvern’s judging in Britain in Bloom later this month, the Name the Tree competition asks participants to identify 26 trees in Priory Park.

Eadwine Brown of the town council said: “There are quite a few rare and unusual specimens in the park, so we’ve numbered 26 of them and we’re asking for people to give the trees’ common names and their place of origin.”

The competition forms, which include a map to find the trees, are available from the town council office on Belle Vue Terrace, the Tourist Information Centre in Church Street or at the Bands in the Park concert on Sunday, July 18.

Completed forms have to be returned by next Friday, July 18. The winning entry will be announced at Bands in the Park the following Sunday and the town council promises a fabulous prize.

Judging for Heart of England in Bloom will take part on Friday, July 25, and Britain in Bloom on Thursday, July 31.