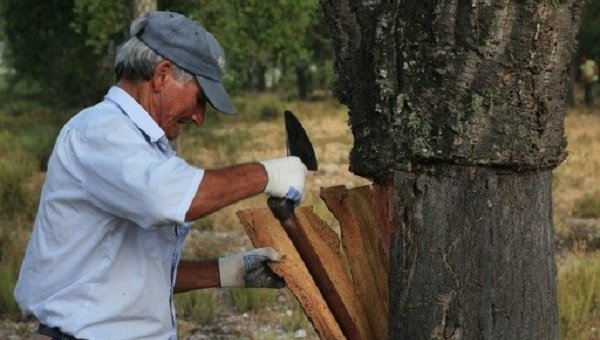 Amorim, a leading company in the natural cork industry, is partnering with 10 of the largest cork growers to plant a trial 250 hectares of cork forest that will produce a harvest after an initial 10 years.

The oak from which cork stoppers is made, quercus suber, currently can’t be harvested until 34 years after the tree has been planted. However, the new plantation is planned to be significantly more intensive than the standard cork forest habitat, resulting in a 60% reduction on the current establishment period.

The new plantation sees cork trees removed from their standard environment which typically features cork trees sparsely planted among pine and olive trees, along with pasture and Mediterranean scrubland.

Traditionally, the first harvest comes after 25 years, but the bark from this initial growth is not good enough for making cork stoppers. It is not until the second harvest, which is nine years later (by law), that the bark has the right level of smoothness and elasticity for turning into a stopper. The bark can then be harvested every nine years until it stops regenerating after approximately 250 years.

According to company chairman Antonio Amorim, drip irrigation is being used to speed up the establishment of the trees and their bark after planting. He explained: “Cork forests today are a difficult business because you have a to wait a long time, but if we can bring down the initial cycle from 25 years to 8-10 years, then we will become investors [in the cork trees, as opposed to just the production of stoppers].”

To speed up the growth, drip irrigation with sensors will apply water when the tree needs it. Once the cork oak is established, the irrigation will gradually be reduced to zero and the tree will revert to a nine-year cycle of bark growth and removal, which is what the Portuguese law stipulates.

Antonio added: “We are going to set up the first 250 hectares this autumn and I’m sure that in 8-10 years we will have a harvest from the cork trees”.

After the oak’s establishment, Amorim plans to select the strongest trees and reduce the planting density to 450 trees/ha.