Sheffield’s memorial trees deemed too expensive to save 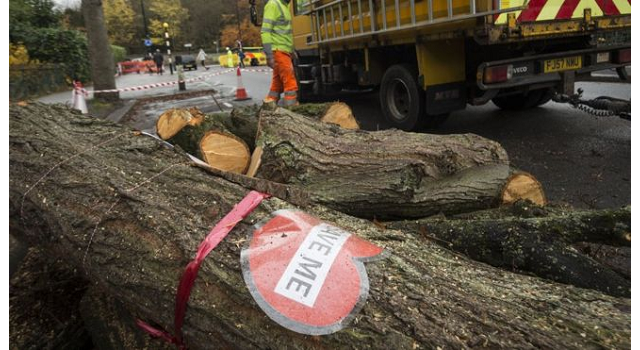 Sheffield council has voted against saving the memorial trees, stating that it will be too expensive to save them. Dozens of the trees, which were planted in honour of fallen soldiers, will be replaced.

The decision was made during a heated public meeting, which adjourned due to shouts from the public gallery. The decision stated that 41 trees, which were planted as a “living memorial” in Western Road in 1919, will be removed and replanted.

The council stated that the removal of the memorial trees would found from its existing highways contract, but the £500,000 required to save the trees and make surrounding roads and pavements safe would have to be found from other budgets.

Campaigners, who have fought a long battle with Sheffield City Council over the fate of the trees, say that the £500,000 estimate to save the trees was a “joke” and that a “simple affordable solution” could be found.

The trees were planted in honour of local soldiers who died in World War One, but are due to be cut down as part of a £2bn road and footpath improvement project.

The council has insisted only trees which were dead, diseased, or causing damage would be felled.

He argued that the council was doing “exactly the same” as it had in the 1940s, when a number of trees planted in 1919 were cut down.

“Given that over the years, about half of the original memorial trees have been lost and never replaced, we believe that our commitment to replace the 41 trees, both now and in perpetuity, is a decision that the vast majority of Sheffielders will support,” he said.

Ms Teal, who was arrested in February during a protest over the trees, said: “Yes, you can put a tree in its place [but] it’s going to take 100 years or more to grow to the stature of the current ones.

“And of course we’ll all know it wasn’t the original tree, so the argument from the campaigners point of view is let’s nurture and care for these old trees. They could last another 100 years or more.”

Amey is tasked with maintaining 36,000 roadside trees, including any replacements. as part of its city-wide Streets Ahead contract.

The tree removal aspect of the contract has met with much opposition from campaigners.