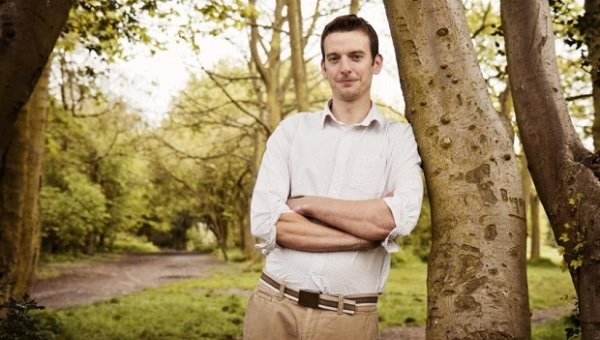 Half of Sheffield’s street trees could be removed in a ‘ potential chainsaw massacre’ under current criteria, an expert has warned.

Chartered arboriculturist Adam Winson spoke out as the campaign to save 12 trees on Rustlings Road, which runs alongside Endcliffe Park, rages on with them due to be removed this week.

Tonight campaigners are meeting with Coun Terry Fox, cabinet member for environment at Sheffield Council, to discuss the issue.

The council’s highways contractor Amey says the trees need to be removed as they are damaging the road.

But Mr Winson, whose company has worked with Amey on tree management in the past, said new policies meant trees moving kerbs out of line, or those considered as having ‘outgrown their location’ will be felled.

He added: “Under this new criteria, up to half of Sheffield’s street trees could face the chop; a potential chainsaw massacre.

“I believe arboriculturists in the council’s trees team, and at Amey, do a difficult job and they do care about the city’s trees, but they are restricted by the wider policies regarding kerb misalignment and replacing larger mature trees with smaller ornamental species.

He said the council should reassess its policy, adding: “Sheffield’s streets can accommodate large trees and the benefits they bring are worth saving.”

Sheffield Hallam MP Nick Clegg has also urged the council to review its policy, stop felling trees for two months and publish its Streets Ahead contract with Amey. The Streets Ahead initiative is to resurface the city’s streets and upgrade street lights.

A Streets Ahead spokesman said: “We would like to thank Mr Winson for his comments and for recognising that we do have expert arboriculturists who work for us.

“As he says himself, our staff have a difficult job and do care very much about Sheffield’s tree population. We only remove trees where we have to do so, such as if trees are damaging roads or pavements or are proving hazardous in other ways.

“Before a tree is removed, strict criteria has to be met, and all trees removed as part of the Streets Ahead project will be replaced. At the same time, Sheffield remains one of the greenest cities in the UK, with around two million trees – four for every person.

“Since January this year alone, more than 50,000 trees have been planted across Sheffield, to create the next generation of public woodland for the city.”