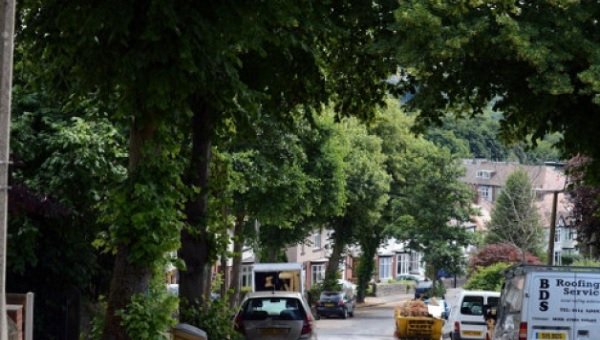 A Sheffield street will be ‘decimated’ by the felling of healthy trees as part of work to improve the road, residents fear.

Brooklands Crescent in Fulwood is set to lose 17 of its 52 lime and cherry trees, which have lined it since around 1926, as part of the Streets Ahead road resurfacing project.

The council says work needs to be undertaken because the roots are damaging the pavement, it has an obligation to make the highway safe – and some residents want them to be felled.

But other householders say they would rather have uneven pavements, and keep the trees, even though they are to be replaced in the next planting season.

Resident Kirk Davies said: “The pavements are uneven and they always have been, after 25 years people have learned to live with it.

“In terms of beauty to lose the trees would decimate the place. We are really distressed.

“It will ruin the character of the road and make it look bland.

“We’d rather have the uneven pavements and keep trees.”

A petition has been started by householders.

A tree roadshow, where council staff and councillors come out to discuss the scheme one-to-one with residents, is being planned.

Mum Caroline Hague, who has lived on the road for 20 years, feared the work would also see ‘beautiful’ old kerb stones removed.

Coun Jack Scott, Sheffield Council’s cabinet member for environment, said trees were only felled as a last resort and it was not a decision taken ‘lightly’.

They will be replaced with a mixture of lime, birch and whitebeam, varieties better suited to the location.

We have an obligation to ensure the highway is safe for all users so pedestrians, pushchair users and those with disabilities can move along our pavements safely.”