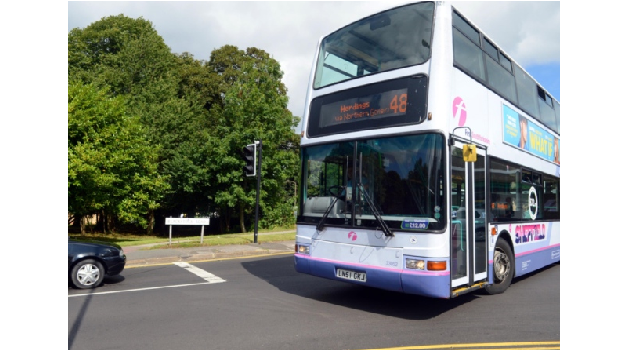 A furious resident says a new bus lane in Sheffield will cause an ‘oasis of greenery’ to be sacrificed.

Trees at the junction of Blackstock Road and Gleadless Road, Gleadless Valley, will be removed as part of the proposed Gleadless Key Bus Route – one of the first schemes brought forward with Government funding.

It will widen the carriageway between Bankwood and Gleadless roads to improve infrastructure, bus journey times, service reliability and congestion.

But Vin Malone, of Spotswood Road, said: “The destruction of the small wood is just not acceptable.

“Trees here have been happily growing for over 100 years and to sacrifice this oasis of greenery is just not on.

“To do it just for traffic only makes it worse.”

Sheffield Council said the trees will be replaced.

But Mr Malone has studied the proposals and says the widening of the road will push buses too close to homes. Traffic flow will not be alleviated as it is governed by the nearby Havelock railway bridge – and congestion only lasts for around an hour at a time, he claims.

Pedestrians who want to visit the Gleadless Medical Centre will also have to cross two roads instead of one.

South Yorkshire Passenger Transport Executive was given £18.3 million towards improving bus infrastructure on key routes by the Department of Transport.

Around 30 bus stops on the Gleadless route have been upgraded and other improvements installed.

Comments on the scheme will be accepted until today.

“The scheme also proposes the provision of two pedestrian refuges on Blackstock Road to help pedestrians cross the road safely, and a zebra crossing on Gleadless Road as an alternative to the existing pedestrian subway, following a number of requests.

“The proposals affect the landscaped area at the junction of Blackstock and Gleadless roads and a number of trees will need to be removed.

“We will aim to minimise the number of trees affected and those removed will be replaced with more appropriate specimens, so there will not be any overall loss.”