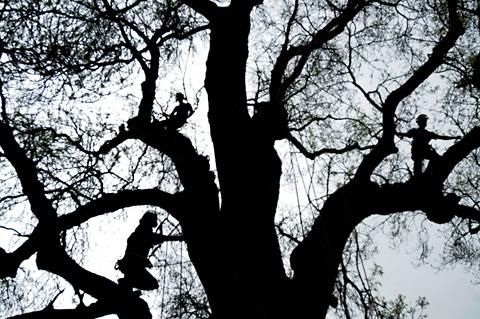 THE number of sites in Sussex suffering from a devastating tree disease has almost quadrupled over the past two years.

The fungus known as ash dieback, or Chalara, affected 17 sites across Sussex last year, up from five in 2013 and four in 2012.

Figures from the Forestry Commission, show East Sussex in the Wealden and Rother areas as well as near Alfriston to be the worst hit.

In West Sussex, new infections were confirmed near Worthing and Midhurst.

The disease devastates ash trees through a fungus growing inside the trunk which blocks off water channels.

Once infected, the tree’s branches wither and drop off due to lack of water, before eventually the whole tree dies.

Dr Tony Whitebread, chief executive of Sussex Wildlife Trust, said: “We had a lot of concern when it was first spotted in the country. It is a major threat to trees in Sussex.”

Government ministers are now focusing on slowing the spread of the disease and developing varieties of ash tree which can resist the fungus.

The move comes after national experts claimed that the disease could ultimately spread across the entire country.

The rise in cases across Sussex appears to be sharper than what is occurring nationally.

The Department for Environment, Food and Rural Affairs (Defra), which devolves tree matters to the Forestry Commission, indicated the number of infected sites in the UK had risen from 323 at end of 2012 to 949 at the end of 2014.

A Defra spokeswoman said: “Our aim is to ensure that the graceful ash tree continues to have a place in our forests.

“To help combat Chalara, this Government has committed more than £16.5 million into tree health research which includes identifying a strain of ash tree which is naturally resistant to the disease.”

Ash dieback was first reported in Britain in 2012, with restrictions on the movement of ash plants introduced the same year.

It was feared that ancient trees in Brighton and Hove could be wiped out by the disease but in January last year a city council spokesman said there had been no recent sign of symptoms.

However, the Forestry Commission report shows that an infection has been found in Brighton and Hove.