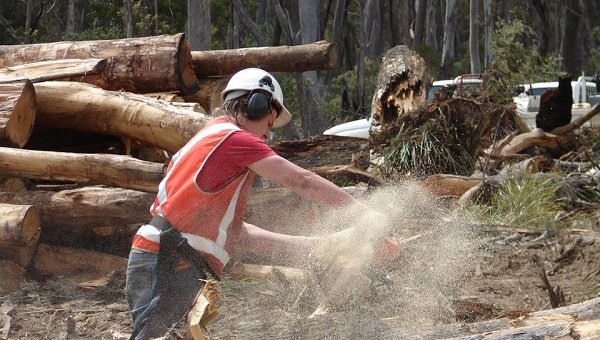 The number of forestry workers hurt or killed while felling trees has dropped sharply, but the government and unions warn this is no time to celebrate.

New figures show a dramatic drop in serious injuries reported in forestry, with just 46 so far this year compared with 82 for the same period in 2013.

Just one person died, down from six for the same time last year.

In 36 cases, operations were partially or completely shut down.

Labour Minister Simon Bridges welcomed the news as “encouraging”, saying it proved that work by the regulator, forestry companies, contractors and workers was paying off.

“But this is not a time to celebrate,” Mr Bridges said.

“I remain concerned that WorkSafe New Zealand is continuing to find very serious levels of non-compliance in the industry.”

First Union, which represents forestry workers, applauded the drop in harm rates but said compliance rates were still too low.

General secretary Robert Reid condemned the government for not acknowledging the union’s role in the improvement, and for not involving workers in decisions around safety.

“First Union is still locked out of most of the forests and unable to give independent health and safety advice to most forestry workers,” Mr Reid said.

Meanwhile, an Independent Forestry Safety Review is under way to find new ways to improve the industry’s safety record.

The expert panel has held meetings around the country and will receive public submissions before making its final recommendations to government later this year.