Shall I compare thee to a summer’s day? – Rick Milsom 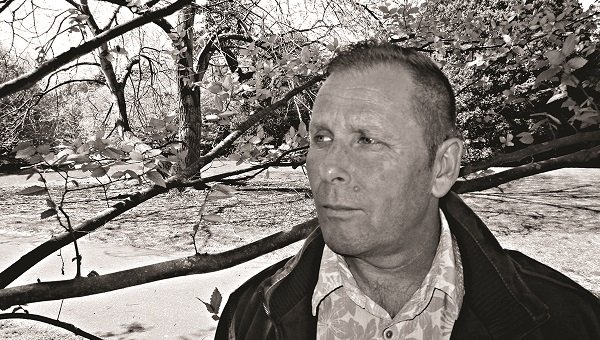 With extreme weather events becoming more frequent, Rick Milsom discusses how we can mitigate their effects on the trees in our charge

I am more familiar with Shakespeare fishing tackle than Shakespeare the playwright and poet, but I am aware of one of his sonnets, which is what I recently discovered they are called.

In Sonnet 18 Shakespeare says, ‘Rough winds do rock the darling buds of May.’ Spot on there William, or near enough, as these rough winds at the beginning of May did a bit more than rock a few buds this year. They blew a few trees down and a few branches off !

It may be fair to say that the wind is the tree officer’s enemy and we dread another area of low pressure with tightly packed isobars rolling in off the Atlantic. This seems to be becoming a more frequent occurrence, although I hoped we’d seen the last of these once April came.

It does feel as though the summers are windier as well (I’m going to look at the Met Office data to see if I’m right). On the bright side, if there is one, it may bring in a bit of extra business for tree surgery companies.

Looking at some of the wind damaged or windblown trees in the borough, which was not too many, it was apparent that only trees with pre-existing, recognisable or perhaps more subtle defects were damaged or blown over. In my experience, this is true in the overwhelming majority of cases.

Most of these visible defects are in the form of bark inclusions or weak forks, some of which the species or clones of trees we plant are prone to. Some of these defects could, however, be prevented in the nursery and by ourselves through good formative pruning after planting. We should also ensure we provide our trees with sufficient soil volume to anchor themselves.

The soil volume and correct planting are relevant as I have seen a couple of trees wind blown with girdling roots over the last couple of years. This may have been due to the soil being compacted or possibly a root not being able to escape too small a gap in the hard surface and then going back around the stem.

Many failures of smaller species when they blow over seem to be primarily caused by bark damage at the base. Mowers and strimmers are the principle culprit here. Mulching in grass areas can keep these at bay for a few years but the answer is really to keep mowers and strimmers well away and for us to educate the staff doing it!

The pruning we specify and carry out can also lead to failure a few years down the line, especially when making large multiple wounds in close proximity to each other. Good species selection, formative pruning and planting in the right place can cut down the need for heavy pruning later on, especially excessive crown lifting and lion tailing branches.

If these windy events are to become more frequent as I believe is predicted, there seems to be a bit more we can do to keep our trees a bit less prone to damage.