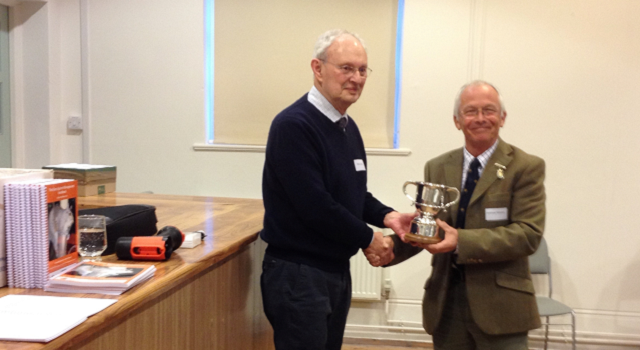 An article examining Serbian spruce as a potential alternative to Sitka and Norway spruces to build resilience in forests has won the prestigious James Cup 2018.

Co-authored by Peter Savill, Scott Wilson, Bill Mason, Richard Jinks, Victoria Stokes and Tom Christian, the article appeared in the January 2017 issue of the Quarterly Journal of Forestry (QJF) and was part of a Species Profile Project looking at tree species that might be used in Britain if climate change proceeds as predicted, and in the light of the threats posed by tree pests and diseases.

After examining its habitat and ecology, record in Britain, silviculture, growth, genetics and provenance, and potential uses, authors concluded Serbian spruce might have a role in eastern Britain where Sitka spruce is expected to suffer from moisture stress and within spaced-tree silvopastural systems but that other alternatives were likely to be more productive elsewhere.

The article was described by one judge as a well-illustrated article which: “… contains a vast amount of detailed information that is succinctly presented on virtually all aspects of the species from seed origin through nursery and silvicultural operations to timber characteristics. It could be considered a source of future reference for Picea omorika that could be consulted on virtually any aspect of the species.”

The award was presented to Peter Savill at a meeting of the RFS Oxon and Bucks Division by RFS President Andrew Woods.

Read the winning article and others in the Species Profile Project here: http://www.rfs.org.uk/learning/forestry-knowledge-hub/species-profiles-project/