Have you seen the largest London Plane tree in Nottinghamshire? 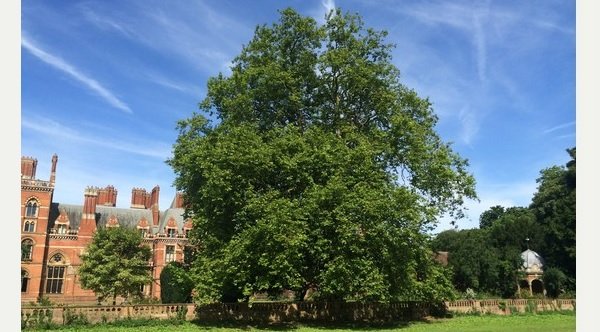 The Largest London Plane tree in Nottinghamshire has been found.

A 29-metre specimen of the Platanus Hispanica species has been located in the 44 acres of parkland surrounding Kelham Hall, near Newark.

Officials from the national Tree Register measured the tree and confirmed it had out-grown any other London Plane in the county.

A member of the public suggested staff at Kelham Hall inquire into the size and they were delighted to see the tree, with a 7.12 metre girth, named County Champion.

The Tree Register was unable to confirm its age but believed it to be of mid-to-late 18th century planting.

During the visit, officials from the Tree Register found two Spindle trees which they believe could have a chance at becoming County Champion in their category, and are coming back to measure them.