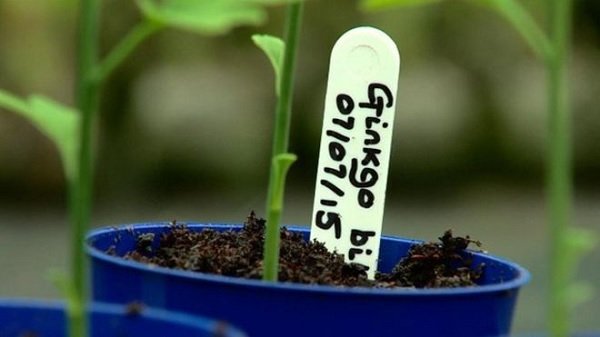 Seeds from a tree damaged by the atomic bomb dropped on Hiroshima have been successfully grown in an Aberdeen park.

The ginkgo trees in Duthie Park are only 6in tall at the moment but it is hoped they will eventually be planted at iconic locations around the city.

It is part of an international peace project to mark the 70th anniversary of the attack on Japan in 1945.

The tree survived the explosion and subsequent fires, sprouting new buds from trunk, and is still alive.

Aberdeen Lord Provost George Adam said: “The fact that new life could grow from something so devastating gave people in Hiroshima hope and courage that their lives could go on.

“Aberdeen has such strong links with Japan so it is fitting that in this 70th anniversary year we use these seeds to grow symbols of hope for peace around the world.”