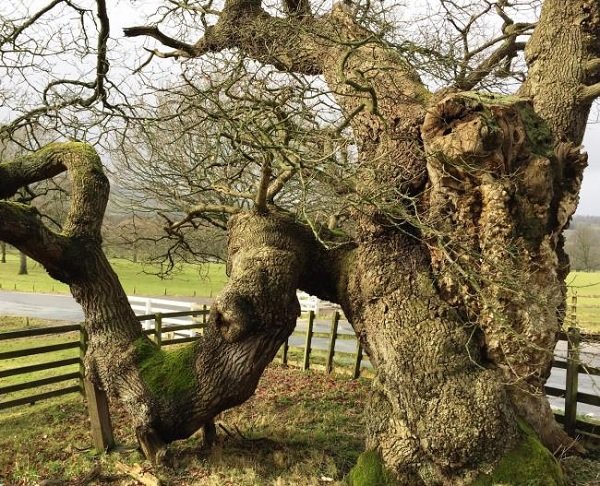 The 18-month endeavour to highlight and celebrate the public’s favourite trees in England’s second largest county is unearthing some fascinating specimens.

Forestry expert and project co-coordinator for Cumbria’s Top 50 Trees Iris Glimmerveen said: “We’ve received nearly 100 nominations from across the county – from Barrow in the south to Carlisle in the north.

“Whilst some nominated trees are healthy magnificent specimens, others have been damaged by storms or withered by old age and one entry only has part of its trunk and roots left.”

Volunteers gather scientific data about the tree as well as uncovering the often personal reasons why an individual nominated the tree.

“Whilst eventually all the information about all the nominated trees will be sent to the official organisations in Cumbria charged with looking after our tree heritage, we are also revealing people’s emotional connections to trees. This is what makes this project unique,” said Iris.

One woman nominated an ash tree near Coniston that was struck by lightning many decades ago.

“Despite being sliced in half it continues to send out new shoots every year and the nominator said its tenacity and survival against the odds helped inspire her in a battle with lung cancer,” said Iris.

“Another tree, near Talkin Tarn, Brampton, was suggested because its exposed tree roots resemble the nominator’s arthritic hands.”

The project was officially launched earlier this year beside a 400-year-old oak – known as Jack’s Yak on the Lowther Estate near Penrith.

At the time estate manager Ian Jack said: “Older trees, which we call veterans, have been through a lot and need our help to survive and thrive.

“We should think of them as old friends and not take them for granted. When people experience a lovely old building like a cathedral they are awed and inspired by its age and majesty.

“It’s the same with old trees – only they are living.”

Iris added: “There are so many reasons why someone holds a tree in their heart,” she said.

“Maybe they planted it as a child and watched it grow over the decades.

“Or it could be a tree they climbed, gathered conkers from, sheltered under or even fallen in love beside. The stories that are coming through via our website are truly inspirational and show a deep connection between people and trees.”

The project will continue to accept nominations via its website www.cumbriastop50trees.org.uk until next February. Nominate your favourite tree now.

A top 50 will then be selected by a special panel before a public vote to find the top ten and ultimate winner.