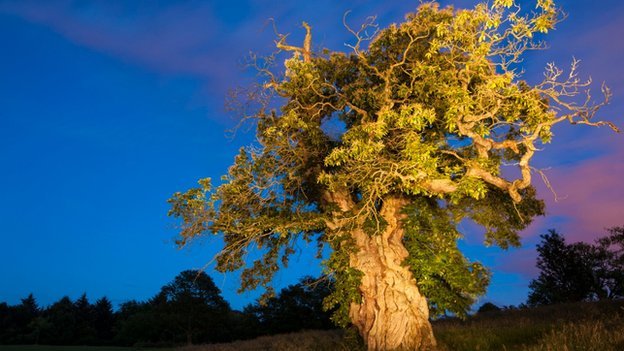 A sweet chestnut said to have been planted by Mary Queen of Scots and Scotland’s oldest tree have been shortlisted for the title of Scottish Tree of the Year.

A total of six trees were selected from nominations by community groups and history societies across Scotland.

The competition has been organised by the Woodland Trust Scotland.

Members of the public can vote for their favourite between now and 26 October.

The winner will be revealed at a reception at the Scottish Parliament on 30 October.

It will go on to compete in European Tree of the Year 2015.

Carol Evans, director of the Woodland Trust Scotland, said: “Tree of the Year is all about finding trees that are at the heart of local communities and that can bring people together.

“Scotland’s grand old trees are as important as listed buildings or monuments but currently lack the same level of protection.

“By sharing stories and encouraging people to value them we can raise awareness of the need to protect these trees, so that their stories can be passed on to future generations.”

This oak in Moffat is associated with Reverend James Walker, known as the “Mad Minister”, who planted hundreds of trees by the roadside on his travels. It is named for the cuckoos who call from its branches every year, and an epic poem has been written about episodes in its history.

This Scots pine on a nature reserve outside of Dunkeld is part of a conservation success story. For the past 24 years an osprey affectionately known as Lady has been returning to a nest in its branches, laying 69 eggs and hatching 50.

The oak stands on the common green of Balfron. The three iron hoops that hold its hollow trunk together were once used to chain petty criminals to the tree.

The Kissing Beech, Inverness-shire – nominated by the Ancient Tree Forum

This rare layering beech in the grounds of Kilravock Castle recalls an incident where an young aristocrat and a housemaid were caught embracing under its cloaking branches. Lovers have carved their initials on the tree’s trunk ever since.

Thought to be the oldest living tree in Scotland, and one of the oldest in Europe. Estimates of its age vary but the most recent research puts the tree at between 2,000 and 3,000 years old.