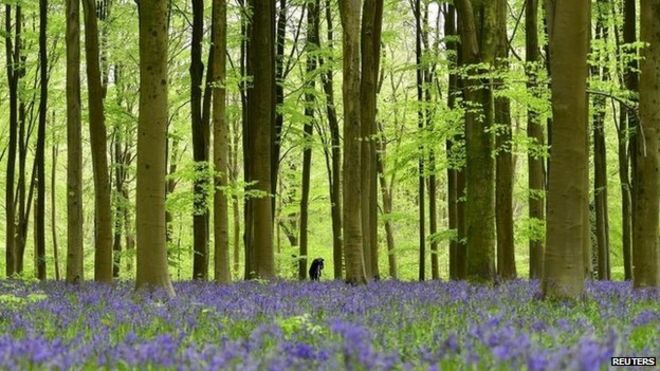 A £300,000 initiative to encourage more women to consider forestry as a career is being launched at the Royal Highland Show.

Four of the top public sector jobs in this field are now held by women but only 30% of the workforce in the Forestry Commission is female.

The Scottish government is introducing a variety of schemes.

They include a skills programme with hands-on forestry training for young women.

More than 80 women have already been trained but the extra funding will support another 20 female trainees.

Lesley Stalker, a woodland warden with the Forestry Commission, began as an apprentice two years ago. Before that she was a beautician.

“It was something completely different to anything I’d done before,” she said.

“I enjoy being outdoors, I enjoy trying to make a difference and I think there are so many green space areas out here that not a lot of people know about.

“It’s trying to get the local communities involved, letting them see what’s on their doorstep and trying to make a difference for them as well.”

She is currently cutting down trees and undergrowth in Easterhouse.

“Working in the outdoors and carrying out all these practical tasks is ideal for me and to be honest I don’t understand why there aren’t any more women involved in forestry,” she added.

Women make up only 30% of the entire forestry commission staff.

Environment Minister Aileen McLeod said: “We’re already leading by example with a 50/50 gender balance in the Scottish cabinet and we would like to see all boards become more representative of our modern Scotland. A modern Scotland, where our women have a vital role in contributing to the strength and resilience of Scotland’s economy.”

Jo O’Hara’s is the head of Forestry Commission Scotland.

“I’ve travelled the world with my career, met a fantastic range of people and done some amazing things,” she said. “I think for younger women I’d really encourage them to consider forestry as a career. ”