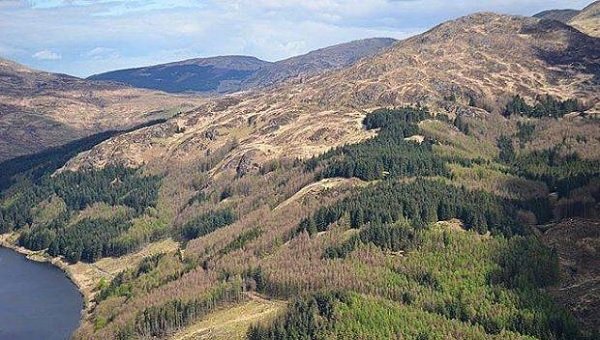 Plans to plant 100 million trees in Scotland by the end of 2015 has been missed by more than 11m, it has been revealed.

The Scottish Government unveiled their target in 2010 as part of a bid to cut emissions across the country.

The growth of the nation’s forests by 3.7 per cent was touted as a flagship scheme for the government – as it hoped to demonstrate Scotland could lead the way on tackling pollution and climate change.

But now it has been revealed that the 100m target has been missed by more than 11m.

The dramatic shortfalling has come after government officials faced difficulties negotiating with farmers and landowners.

In 2014 Forestry Commission figures showed that more than 5m trees were felled to make space for the new trees – but only 1.6m trees were planted in their place.

When the planting target was announced the National Farmers Union Scotland said “the blunt tool of diverting resources to planting trees on good agricultural land” was “a trap we must avoid.”

Last year “frustrating” encounters between the forestry and farming sectors were described by Scottish parliament’s rural affairs, climate change and environment committee as being a major hurdle for the planting project.

Speaking at the time the committee convener Rob Gibson said that there was “little positive evidence that farming and forestry interests are truly integrating and working together on the scale required to play their part in reducing Scotland’s carbon emissions.”

Environment minister Aileen McLeod responded: “Scotland is actually punching well above its weight when it comes to new planting right across the whole of the UK – we have delivered around two-thirds of all planting since 2010.”