Scores of new planted trees vandalised by yobs in Walsall 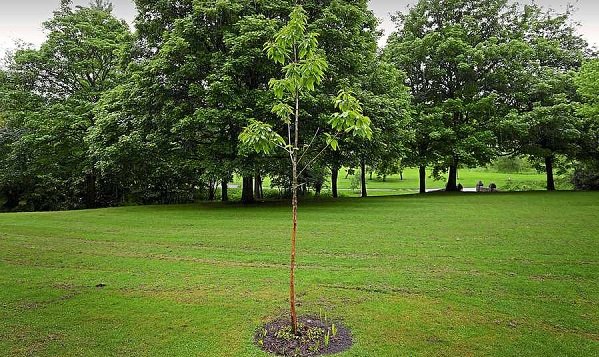 Up to 100 newly planted trees have been vandalised in a Black Country borough in just six months it has emerged, as council chiefs launched a fresh plea to catch the culprits.

Most recent attacks across Walsall have included bark from a tree in memory of nine-year-old Jamie Cartwright being ripped up and dozens of trees being snapped in Aldridge.

The spate of attacks have been condemned by Walsall Council bosses who say the ‘minority have spoilt things’ for the rest of the community.

Council chiefs agreed to replace the tree in memory of Jamie, from Rushall, after it was targeted by yobs in Walsall Arboretum less than a month ago along with one to commemorate the start of the First World War.

The youngster died from an infection caused by dust of building work inside Birmingham Children’s Hospital while receiving follow-up treatment after twice overcoming leukaemia.

In another recent attack 70 trees were destroyed, damaged or stolen at Aldridge Airport. Some of them had been planted by schoolchildren.

Those responsible for the vandalism destroyed 20 street trees and of the majority of the remaining 50 in a community orchard were stolen.

Walsall leisure and culture chief, councillor Anthony Harris, said: “We estimate that around 100 newly planted trees across the borough have been vandalised in the last six months or so.

“I just can’t understand why anyone would do this.

“I really feel for those who have put in time and effort to plant the trees.

“It is so sad that the selfish actions of a minority have spoilt things for Walsall’s communities in this way.

“We have spoken to Jamie Cartwright’s family and we have replaced the vandalised tree planted in his memory two weeks ago with a beech tree.

“In the meantime I would urge anyone with any information to pass this on to the police and help us stop the culprits.”

The council received £24,000 from the Tree Council as part of its Big Tree Plant campaign to plant one million trees in England’s towns, cities and neighbourhoods by 2015.

The aim is increase the amount of woodland cover in the borough to at least the national average of 12 per cent.

Planting new trees and woodland is also a target of the Birmingham and Black Country Nature Improvement Area.

Trees provide environmental benefits by bringing streets to life and attracting wildlife. They also shield houses from traffic noise, tackle the effects of air pollution and climate change and reduce the risk of flooding.