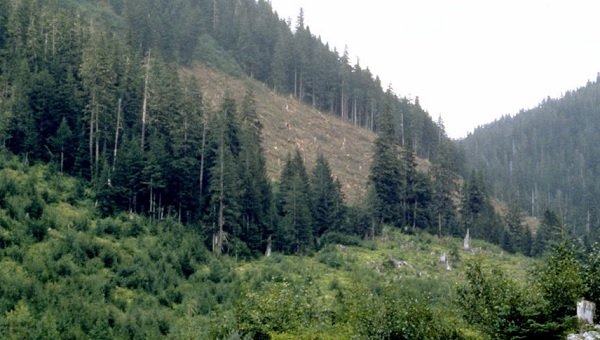 More than 75 U.S. and Canadian scientists have sent a letter to President Barack Obama asking for a policy to preserve what remains of America’s old-growth forest.

The scientists include two former chiefs of the U.S. Forest Service, Jack Ward Thomas and Mike Dombeck. They say less than 10 percent of the old-growth forest before European settlement is still intact

Only fragments remain in the eastern United States and the largest trees in the Pacific Northwest were targeted more than a century ago. The largest extent of remaining old-growth forest is in southeast Alaska’s Tongass National Forest but faces the threat of logging, the scientists said.

“As far as I know, the Tongass is the only national forest where they are still clear-cutting old growth,” said John Schoen, a former state of Alaska research biologist.

Owen Graham, director of the Alaska Forest Association, said the Forest Service has been carefully planning appropriate timber sales and should be left to do its job.

“I presume those scientists’ salaries don’t rely on timber harvest or any other sort of resource development,” he said.

Gordon Orians, professor of biology emeritus at the University of Washington, acknowledged that part of the motivation for protecting old growth is the powerful, emotional relationship with towering old trees.

“They’re like cathedrals when you walk in them,” he said.

However, the world has a major climate change problem and old-growth forests retain more carbon than any other ecosystem. They offer plants, animals, fungi and microorganisms found nowhere else and provide protection of salmon streams.

“There’s a biodiversity element to this,” he said.

A national policy would help re-establish old-growth forest in Lower 48 states, which can take 120 years or more, while balancing timber needs, he said.

Owens of the Alaska Forest Association said just 450,000 acres of the 5.5 million-acre Tongass have been logged and 100 percent has been replanted. Forty percent of the forest is in wilderness areas, he said, hand-picked for beauty, good stands of timber and high recreation value.

Limiting timber harvest to trees planted on previously logged areas makes no economic sense, he said, because those young trees have not stopped growing and are not high-value. Eliminating logging on remaining old-growth forest would mean hardships for Alaska communities.

“We can’t all run grocery stores and book stores,” he said. “Some people have to produce a product, and to do that, we need access to the resource.”