Sapling saved from Passchendaele vies to be tree of the year 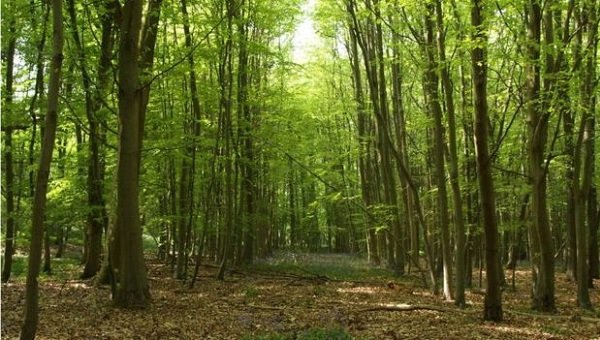 A100-year-old Scottish spruce that started life as a tiny sapling in the muddy carnage of Passchendaele is in contention to be named Europe’s finest tree.

In 1917, Lieutenant David McCabe, of the 5th Battalion Canadian Light Infantry, rescued a handful of saplings on the battlefield and sent them home to his native Crieff in Perthshire in an ammunition box.

The 32-year-old died later that year from wounds sustained in the Battle of Vimy Ridge, but the life he preserved amid the slaughter successfully took root in Scottish soil.

The spruce has now been shortlisted among the finest and most historic trees in Scotland for entry into next year’s Europe-wide Tree of the Year competition.

Addressed to Lieutenant McCabe’s father, the letter which accompanied the young plants read “Owing to the amount of shell, rifle and machine gun fire which the place has been subject to, practically nothing is alive which is any taller than the trees I sent….some of the fiercest fighting of the war having taken place in their vicinity.”

Today, the tree stands a living memorial to his sacrifice at the Abercairny Estate.

It is one of 28 chosen from across the UK, including the 1,500-year-old Pulpit Yew in Denbighshire, North Wales, from which the Methodist founder John Wesley is believed to have preached.

Earlier this year, Wales’ Brimmon Oak was the runner-up in the 2017 contest, which was won by Poland’s Oak Josef.

The entries for the current competition also include Parliament Oak, in Sherwood Forest, thought to stand where King John was informed by a messenger of a revolt by the Welsh and of an insurrection in the north of England and summoned a parliament, as well as Crowhurst Yew near Hastings in East Sussex, which is believed to have stood since 1066, when William the Conqueror destroyed the local manor.

Beccy Speight, Woodland Trust chief executive, said: “Once again, the public have nominated many fantastic trees with truly inspirational stories, which highlight how intrinsic trees are in peoples’ lives.

“It’s a reminder of why we need to care for individual trees and that they still need true protection in law from development or mismanagement.”

Among the entries from Northern Ireland are The Armada Tree, near Larne, County Antrim, which according to local legend grew out of one of the chestnut seeds that a Spanish sailor, shipwrecked in the Spanish Armada, had in his pocket when he was buried.