Sale of ancient woodland to make way for 500-home development 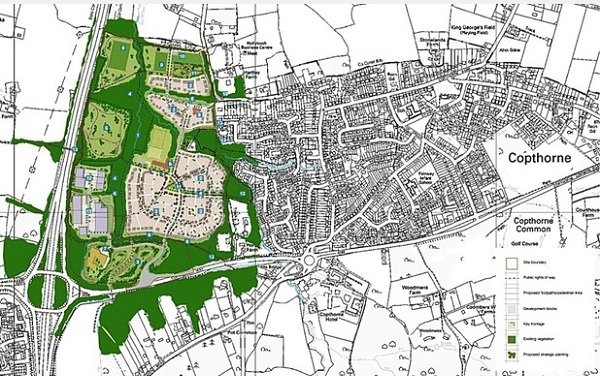 The sale of ancient woodland in Copthorne to make way for 500 homes is recommended for approval at the next cabinet meeting of Mid Sussex District Council.


Developer St Modwen has been working for a number of years on the development on approximately 45 acres of land around Copthorne Way, which was approved on July 31, 2014.

The next step is the sale of the land, which is recommended for approval at the district council’s cabinet meeting on Monday in Haywards Heath.

In a report put together ahead of the meeting, the district council is “recommended to approve disposal” of land on Copthorne Way.

The development will consist of 500 homes, 30 per cent of which is affordable, a primary school, a doctor’s surgery, up to 15,500 square metres of employment floor space, a public open space and allotments.

The district council has stated the sale will not change the use of the land which will remain an open space accessible to the public.