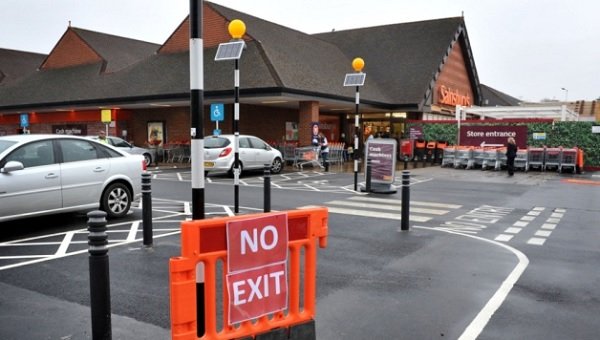 A tree consultant has complained about Sainsbury’s decision to cut down 39 semi-mature trees and replace them with nine young trees as part of their car park changes.

Peter Thurman, from Haywards Heath, says it has been turned into a ‘tarmac desert’, and more attention should have been paid to trees during the planning consultation.

“More consultation with Mid Sussex District Council tree and horticultural experts is required on planning applications where trees are involved,” he said.

“Any development should include a tree report, what species, how many, how many are going, what will they be replaced with. 39 have been removed and replaced by nine thin ones. They didn’t even talk to the tree officer.”

Mid Sussex District Council said the loss was in the report, and as they were not protected by Tree Preservation Orders, the developers could remove them.

But Peter says this has damaging implications for existing trees.“So are we saying if a developer wants to build three houses are we suggesting they can knock down as many trees as they want. It sets a precedent,” he said.

“I’m just passionate about trees and this part of Sussex and know how important trees are to humans and our urban landscape.”

A spokesman for Sainsbury’s said: “Our car park improvements are designed to improve visibility and required the removal of a number of trees. However we have taken the opportunity to plant replacement trees at appropriate locations around the site. The car park landscaping is under constant review and further planting will be considered if appropriate once the improvements are complete.”