Safety fears over McCartney’s plans to clear trees from estate 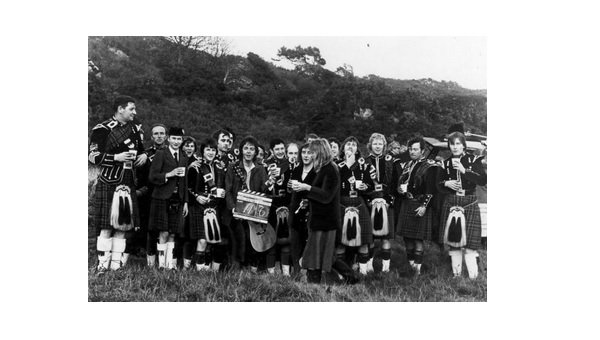 The trees are being uprooted and removed from the former Beatle’s 600-acre High Park Farm near Campbeltown in Argyll and Bute as part of a maintenance programme.

It is thought 300 lorry loads of timber a year are to be taken out of the farm over the coming years and taken away by lorries down a single-track road.

However, Kintyre residents, who already suffer from heavy vehicles using local roads to service a nearby quarry, say the latest influx of heavy goods vehicles adds danger for other road users and pedestrians.

They say the number of lorries passing through local roads is already at “saturation point”.

Colin Chrystie, who lives at a nearby farm, said: “This wood could easily be taken out by another road on McCartney’s estate which joins the A83 via his Craig’s Farm. “My son and his partner have just built a house opposite me and they have a four-week-old daughter – and there is no way you would want to push a pram on that road. It is a dangerous, single-track road with blind corners, potholes and limited passing places.’

Mr Chrystie lives at the bottom of a steep hill that can be challenging for cars, never mind heavily laden lorries.

He added: “I’m not sure ­McCartney is even aware of this proposal. I think if he knew, he would see sense – he’s a family man. I’ve met him lots of times and think he would listen. He’s always respected this area and his neighbours always protected his privacy when the media came sniffing around. We have been very loyal to him.”

Sir Paul, 72, stunned his fans around the world when he bought the farm in 1996. He later moved there with his wife Linda and their children for tranquility following the band’s break-up.

As they enjoyed growing their own food and riding horses around the secluded countryside, neighbours would be known to send newspaper reporters seeking directions to High Park on wild-goose chases to the even more remote Mull of Kintyre.

McCartney credited the beauty of the rugged area for saving him from a nervous breakdown caused by the pressures of fame.

He heard the Campbeltown pipe band in the streets, which inspired him to write Mull of Kintyre for his new band Wings.

It sold 6 million records worldwide and was a number one hit in the UK in the late 1970s, becoming the first to sell more than two million copies.

Sir Paul’s connection with the area all but ended with the death of Linda from breast cancer aged 56 in 1998, although there is a memorial garden in her name in Campbeltown.

William Taverner, who also lives nearby added: “I have three young children and I am concerned about road safety.

“It is busy enough with quarry lorries. Timber lorries would be too much.

“Mr McCartney is perfectly entitled to take out his timber, I just hope he looks at this differently.’

Local councillor John Semple said: “There have already been concerns about the safety of those using Gobagrennan Road.

“It is also part of the Kintyre Way and well used by cyclists and walkers.”

A spokesman for Sir Paul’s management team, MPL, said: “Plans for felling have been ­ under way for some time in the interest of good forestry management.

“No decisions have been made on how the wood will exit the estate. All available options are being explored taking into account a whole range of factors including impact on residents.”