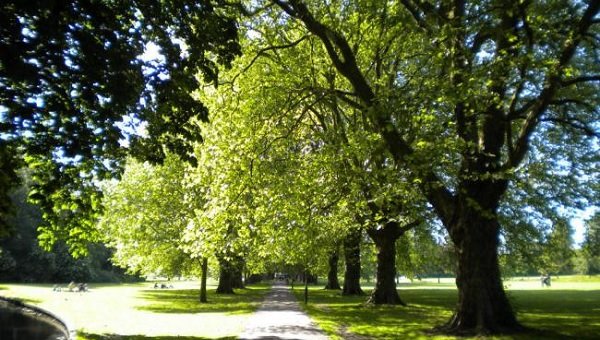 Sadiq Khan has put aside £25,000 to plant new trees across Barnet.

Over the next two months, a range of organisations – including Trees for Cities and Groundwork London – and thousands of volunteers will plant trees in every London borough.

The mayor of London has started a programme to make London “one of the greenest cities in the world” by assigning £750,000 to plant more than 40,000 new trees across the capital.

Included in the project is a £25,000 “avenue creation” in four parks across Barnet with large-growing trees chosen to increase cover, create shade and improve air quality.

The sites, which will be worked by London Wildlife Trust and local “Friends Of” groups in the chosen areas, have reportedly been chosen due to their histories of vandalism.

Deputy mayor for environment Shirley Rodrigues recently held a summit with key groups to discuss ways to increase the tree canopy in London and plant thousands of trees over the next four years.

Mr Khan said: “I want London to be one of the world’s greenest cities which is why I’ve prioritised this funding to kick-start the delivery of thousands of new trees and to protect and enhance our much-loved green spaces.

“Trees improve our environment and help clean up our toxic air, so despite inheriting no budget from my predecessor, I have worked fast to start a new planting programme and deliver the first batch of more than 40,000 saplings this winter.

“This is the first step in my plans for a major tree-planting programme across London in partnership with businesses and boroughs.

“I remain fully committed to ensuring hundreds of thousands of new trees are planted over the next four years.”

Other areas receiving new trees include a community orchard in Southwark, streets in Brent, Croydon, Havering and Lewisham, parks in Tottenham, and woodlands in Ealing and Barking and Dagenham.