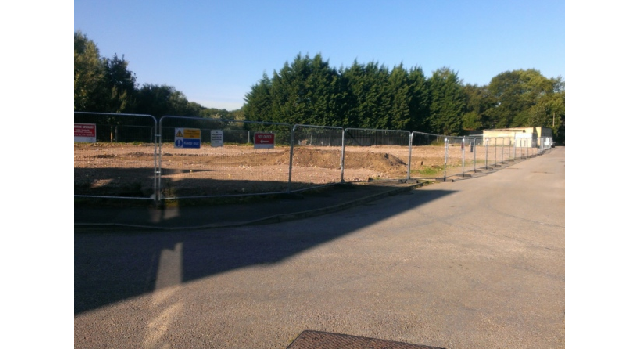 Housing developer Barratt Homes is flouting planning conditions on a new project in Halton, according to residents.

Barratts are currently building 15 houses on derelict land in Mill Lane, between the River Lune and Low Road.

But residents at Lancaster Co-housing say that Barratts is not meeting its tree preservation and replanting requirements, having cut down many mature trees and not replacing them.

Barratts said it was respecting the tree preservation order, but Lancaster City Council said it was “actively investigating” the issue.

Residents have also reported strange smells emenating from the site, which is a former chemical works.

Alison Cahn, who lives at Lancaster Co-housing, said: “We are very concerned about this as Barratts have cut down many mature trees and now appear to be flaunting the requirements to replace them, and are not fulfilling the existing tree preservation order.

“This is a beautiful spot by the river, an important habitat for birds and other wildlife.

“If Barratts behave this way on this issue, how can we have confidence that they will be responsible developers on other issues.

“It is very worrying behaviour.”

Alison also said that residents had expressed worry about contamination.

She added: “Apparently (the smell) is reminiscent of the smell which came from the chemical plant that was once on the site.”

A spokesman for Lancaster City Council said: “The city council is aware of work undertaken at the above site whilst some of the matters covered by planning condition have not been fully discharged.

“The council is actively investigating this matter to ensure that all trees marked for protection remain protected.”

The council added that it had not received any complaints about chemical smells or odours from the development site.

Ian Hilliker, technical director at Barratt Manchester said: “We are aware of the tree preservation order and are respecting it.

“We know that the site had a former contaminative use and we are working with consulting engineers to agree remedial measures with Lancaster City Council.”