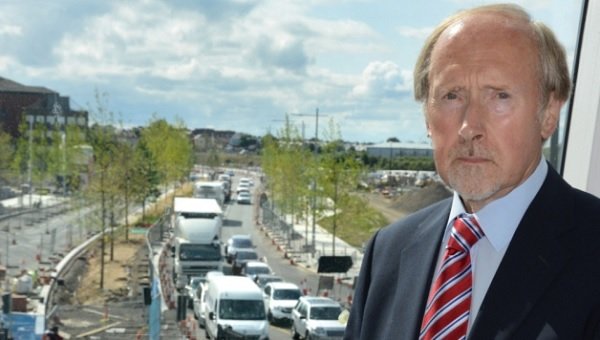 A row has broken out after council bosses forked out £180,000 for trees to create a tree-lined boulevard.

Sunderland City Council spent the cash importing and planting 58 mature trees from Holland as part of an £11.8m development to re-align the city’s St Mary’s Way.

Council leaders insist the scheme will provide an essential focal point for the city and say the trees have created “an instant impact”.

However, opposition leaders have branded the move a waste of money at £3,100 per tree.

“And the taxpayers, I believe, will raise an eyebrow or two that the council can find this amount of money to spend. We’ve been given some very elaborate, interesting names of different species of trees.”

The mature trees – which are up to 20 years old – include cherry, maple, lime, plane, sweet gum and dawn redwood.

He added: “I think we all need to go down there and familiarise ourselves with these trees. For this amount of money, everybody has got to go and have a good look to see what they are getting for the money.

“I’m surprised to see this kind of cost in times of austerity, that the council has this kind of money to spend on trees.”

Earlier this month, Tory councillors George Howe and Bob Francis criticised the council for the planned removal of six trees from allotments in Fulwell, Sunderland.

He defended the decision to import the trees, saying a contract was put out to tender, but that no UK nursery was able to supply trees of this size.

The nursery in Holland which supplied the trees also supplied all the trees for the London 2012 Olympics and Paralympics.

To date, 43 of the 58 trees have been planted, and the council says that additional work has gone into their ground conditions to ensure they last for centuries to come.

The new square and surrounding streets are to include more trees, including dogwood, ironwood, cherry, tulip tree, Scots pine and cedar.