Root and branch bid to save Scots pine tree 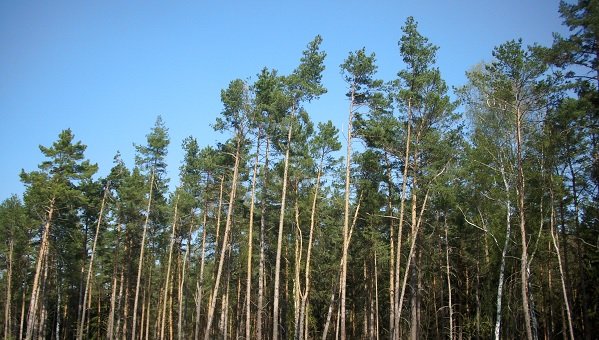 A major research project has been launched to investigate pests and diseases threatening the survival of Scotland’s national tree.

Scientists from seven Scottish research institutes have been awarded a total of £1.4 million to investigate the most immediate dangers to the Scots pine in an effort to safeguard the species and prevent what is left of the ancient Caledonian woodland from being wiped out.

Key strands of the pioneering project will study the impacts of two potentially deadly fungal diseases and an invading alien moth caterpillar.

The research will also examine how genetic variations among Scots pines may affect their ability to fight back.

“British trees face many new threats and we have to ensure that our forests are resilient to these challenges,” said Dr Stephen Cavers, an ecologist at the Edinburgh-based Centre for Ecology and Hydrology (CEH).

Dr Peter Hoebe, of Scotland’s Rural College, will be studying dothistroma needle blight. The fungus causes needles to die off and can eventually kill the tree.

The disease has been rising in the UK since the 1990s. Experts have told how cases have now been found in each of the 16 forest districts in Scotland and England, and three out of four in Wales.

Dr Hoebe said: “We have to work out why we are seeing such a sharp increase in cases of needle blight in Scotland. Are we importing it from nurseries abroad or could it be down to an overuse of fungicides in nurseries here?

“We don’t know why exactly, but we do know that you can find dothistroma in natural forests causing no harm at all, yet we see serious damage caused by the fungus in and around nurseries and plantations.”

To discover why the disease is becoming more widespread and find ways to combat it, Dr Hoebe’s team will analyse and compare different strains of the pathogen, comparing those found in foreign trees with varieties identified in native woodlands.

Project partners at the University of Aberdeen, Forest Research and the James Hutton Institute will focus on pine pitch canker, a highly virulent pathogen not yet present in the UK, and the pine tree lappet moth, a native of continental Europe and Asia that only became established north of the Border in 2008.

As well as helping to preserve the last 10 per cent of the Caledonian pine forest, the Protree studies aim to boost the forestry and timber industry. The sector provides around 40,000 jobs and is worth an estimated £1.7 billion to the Scottish economy.