Future for a road in Cambridge seems brighter after petition 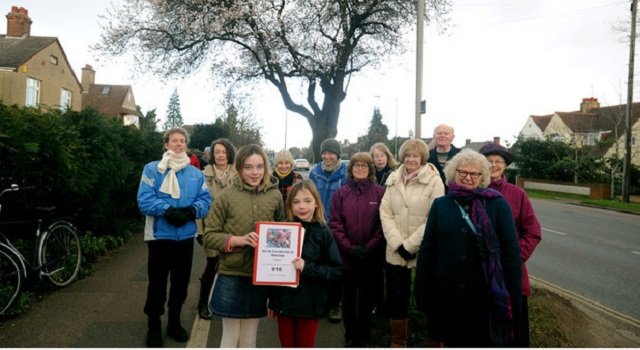 A road in Cambridge has had more than 3,000 people sign a petition opposing Greater Cambridge City Deal (GCCD) plans to widen their road to allow for four lanes of traffic. Residents of Milton Road, the road that the GCCD plan to widen, have expressed concerns that the plans would lead to the loss of the roads green verges, and would also mean removing the trees that line the road.

Yesterday, at a meeting of the GCCD Joint Assembly, it was unanimously agreed that a commitment should be made to seek to retain the road’s green verges and trees, while also attempting to deliver a high standard bus service. The recommendation will go to the City Deal’s Executive Board next week, where a decision will be made on what, if any, action to take.

Councillor Kevin Price, vice-chairman of the joint assemble, said: “We are quite happy to make this recommendation to the board. The idea of a four-lane super-highway is something we are constantly trying to pull back from.” He also said the intention had never been to remove all the trees.

Councillor Roger Hickford said: “We feel a commitment to the street-scape is very important.”

At a County Council meeting on July 19, Councillor Jocelynne Scutt said it was important to “retain the mature trees lining Milton Road’s verges”.

The recommendation put forward to the Joint Committee by Councillor Scutt read: “We want a commitment from the City Deal Assembly and the City Deal Board that if, in the end, construction requires removal of any single one of the trees in Milton Road, then the City Deal monies return to Milton Road mature trees lining Milton Road’s verges making Milton Road the impressive vista it should be, a lead-in to Cambridge of which we – all of us – whether Cambridge City or from the County as a whole can be proud.”

Sir Michael Marshall, of the Marshall Group, said “a concerted effort had to be made to find out what was putting pressure on traffic in the area in the first place. The assumption seems to be they are trying to get into the city centre,” said Sir Michael. “They are not. They are trying to get around Cambridge. We must make it easier to get around Cambridge, otherwise the whole city will grind to a halt.”