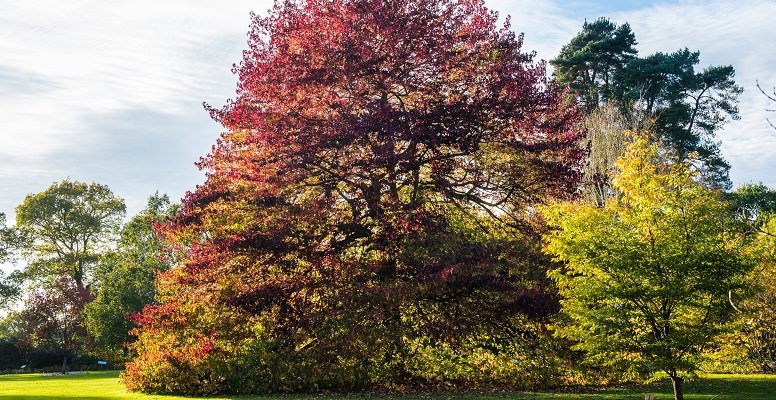 The Royal Horticultural Society’s flagship RHS Garden Wisley is now home to more than 100 British Champion Trees. RHS Wisley is now one of the country’s top ten destinations to see the nation’s tallest and widest trees as officially recorded by The Tree Register of the British Isles (TROBI).

The Tree Register is a unique database of more than 250,000 of Britain’s most notable trees, which serves to record the nation’s tree heritage through the definitive list of champion trees, and is staffed entirely by volunteers. Trees are measured for height and trunk girth, and a champion is defined as being the tallest or widest of its type in a region.

At RHS Garden Wisley each British Champion is marked with a special silver plaque to denote its status, and garden curator Matthew Pottage will introduce a tree trail around the garden to help people find and enjoy these winning examples. In addition, more than 200 trees at RHS Wisley have achieved English or County Champion status.

Dan Kitching, RHS Wisley’s nominated Champion Tree guardian who has been working with TROBI to survey the garden’s trees over the last two years, says: “It’s amazing to know we have over 100 British champion trees here at Wisley, and as an arborist, being a guardian of the largest trees of their type gives me huge satisfaction. I think it stems from seeing the potential of what could be, given time.

“Part of the beauty of RHS Garden Wisley, and the RHS as a whole, is the diverse nature of the trees we have within the gardens. Cultivars of tree species are prolific and we are luckily able to display many of them to the public, including a huge number of rare and exciting trees which have been able to grow into Champion Trees.”

Both Dan Kitching and TROBI’s David Alderman selected the champion Cercidiphyllum japonicum AGM (Katsura tree) on Battleston Hill as their favourite Champion Tree in the garden. Dan also highlights the tiny Tilia cordata ‘Lico’ in the Jubilee Arboretum, a dwarf small-leaved lime with a great winter silhouette which proportionally is almost exactly the same as the larger species. The example at RHS Wisley is the only tree of this cultivar listed on the Tree Register. The Pinus pinea AGM (Stone pine) which gives its name to the café in Howard’s Field is another much-loved specimen that is a British champion for height.